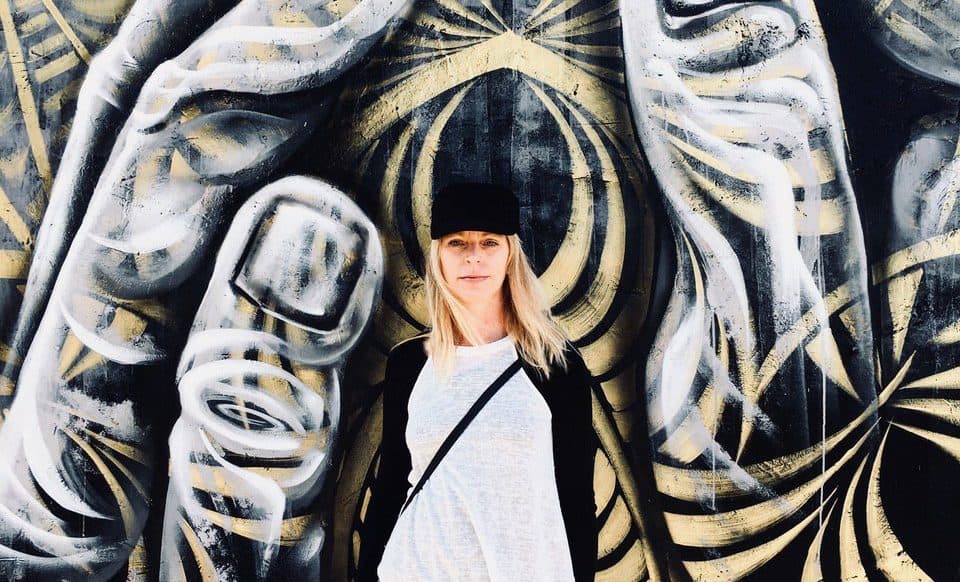 Anne Martin of Sugar Press Art on Following Your Instinct

Anne Martin has a sunny, contagious laugh that makes it seem like she doesn’t have a dark thought anywhere in her soul. She’s also den mother, mentor, and advocate for some 75 artists whom she represents through Sugar Press Art as owner and curator. So when she recounts a story from her college years of how she was once asked to hang her own dark “conflict art” in a closet because it was deemed “too depressing” for the show, it’s almost hard to imagine.

“I mean, I kind of liked it. I was like…the closet is perfect for this,” she recalls with a laugh, all while asserting that promoting other people’s art is much easier than promoting her own work.

“I didn't even realize it back then, but during art school, I was always more worried about my friends and making sure their art was done and that their show turned out cool.”

Martin grew up in Evansville, Indiana, and attended the University of Southern Indiana. “As far as an art school goes, it’s a hidden gem. It’s a small state school and no one really knows about it, but their art program is phenomenal.”

After college, Martin worked in a gallery in New Harmony, Indiana, a small artist community of about 700 people. “Everybody drives around in little golf carts and they have this amazing community. Richard Meier, the famous architect that built the Getty — this little town of 700 people has a Richard Meier building as their Visitor Center.”

When asked about the transition from quaint New Harmony to bustling Los Angeles, Martin says, “I knew I was ready to get out of the Midwest. I didn't even know why or where. But I had a friend that was teaching art at Humboldt State. So I thought, I've been dying to go to California. I have a friend there. I'll just start there. So I packed up, and moved across the country.” A week before she was set to leave for LA, the friend got a tenure position at Syracuse University. Martin decided to make the trip anyway. She called up another friend that was living in LA and asked if she could come and stay for a while. That friend later became her husband.

“We'd gone to high school together. So I came down and stayed with him and then found my own place to live – very briefly, then it was ‘I'm in LA. I have an art degree. I have to get a job.’ The first job I got was for an art publisher named Edward Weston. He had been in New York and moved to LA. He published all kinds of New York and world artists. He did things with Dali and Warhol. When he moved to LA, he switched to mostly photography, lots of Hollywood photography, famous Marilyn Monroe photos and things like that. He was also a collector. He had the world’s largest Picasso ceramic collection. So I was mostly trained by him. I was with him for two years before he passed away. It was a jam-packed few years of learning the art world.”

On representing dead artists: “There was no one to talk to.”

Martin then worked as a Gallery Director in Beverly Hills but found that representing dead artists gave her little satisfaction.

“There was no one to talk to. I was that person in that gallery sitting behind that desk with all the big white walls and people would come in and be intimidated. And it's almost unavoidable. I mean, even though I'm not that person who was snobby, is anyone going to talk to me? Just the way the environment looks and also the price points on the pieces. I'm just gonna walk up to this random person who just walked in and tries to sell them a $50,000 piece of art? There's no easy way to start that conversation.”

When offered the opportunity to compare her days in Beverly Hills with running Sugar Press Art, Martin is once again gleeful, “It just feels like I found where I needed to be, back to what I was doing when I was in college, actually having artists to talk to who are my friends, helping them.”

Martin became intrigued by graffiti and street art while she was still living in Indiana in the 90s. “I lived right across the street from the train tracks. The trains from Chicago and Detroit would be coming down all the time and I would literally be stuck waiting for the train to go by and have all this art coming past me and it was so frickin’ amazing! I became very fascinated with that. And then when I moved to LA my husband and I lived at Sunset and La Brea and we were surrounded by it. So even though I was working for a publisher, and then after that, working as a gallery director in Beverly Hills, I was surrounded by all this…and I knew that's where I wanted to be.

“Since I had been trained by Edward, who was a publisher, publishing was always very interesting to me, because printing makes art even more accessible to the general public. Instead of having to buy an original painting, people can buy a print for a couple of hundred dollars. And then I've also always been very much into the environment and then out comes this paper that's made of 100% recycled sugarcane. And that was it. It all came together. Sugar press was launched on Earth Day in 2016.”

When asked what she would say to critics who argue that mass printing dilutes the market, Martin is quick to answer. “I say that that is not true for multiple reasons. First, it drives income for the artists and allows them to reach a larger audience. Because again, not everyone can afford an original painting, and artists, even if they’re struggling, don't want to sell paintings for forty or fifty dollars. You need to pay yourself a living wage. Doing a limited edition run allows artists to make some extra money off that painting. So – all well for the artists. And as far as diluting the market…actually there are collectors out there who will be extremely particular if they bought an original and they'll say you know, ‘I don't want you to do prints of this’ but that's really just a particular collector’s opinion and either being difficult or not really understanding the art market. I dealt with things like Picasso and Chagall and Dali, and what I learned working with Christie's and Sotheby's, is the most important paintings are the ones that get chosen. Prints generally drive up the price of that original.”

What keeps her up at night?

“The thing that keeps me up at night? Are people going to show up to my shows? You know, the night before the show, checking Eventbrite, though obviously that's hugely different now (with COVID). And I have no idea when that's going to change. It does seem that having people who are at home and don't have a lot to do, that online sales have been doing very well. But we have no real clue when shows are gonna happen.

To put art out into the world and then try to protect it, Martin says it has become the “Wild, Wild West. With social media as big as it is, and even huge companies thinking that they can just grab a photo off the internet and use it in their advertising campaign. That whole situation is maddening.”

The most important message for art collectors and artists…