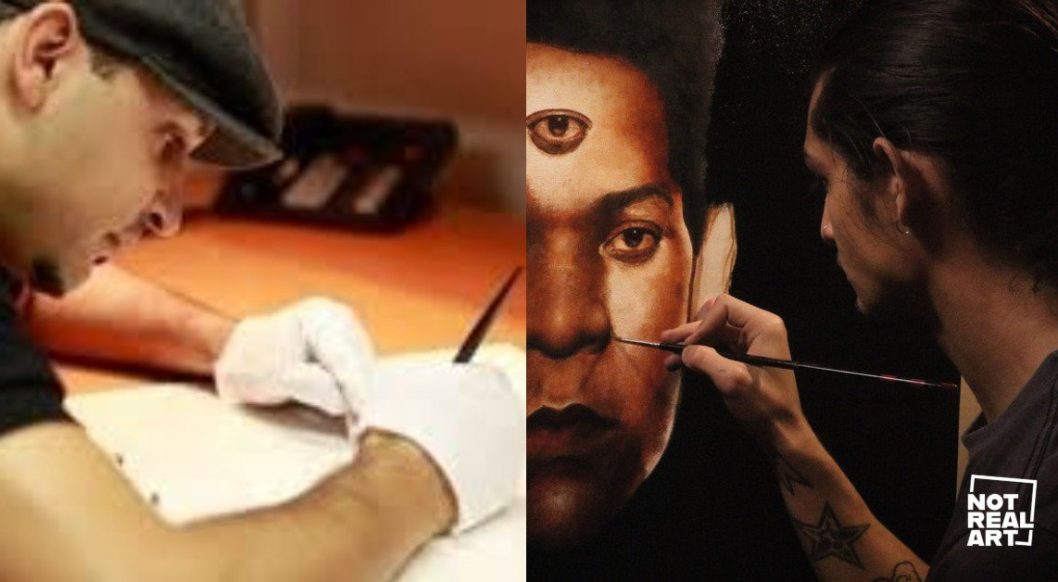 If you’ve ever heard the idiom, “The apple doesn’t fall far from the tree,” today’s guests are the perfect case study for that! We are lucky today to welcome father and son, Antonio and Isaac Pelayo to the show. Antonio has witnessed Isaac growing into a successful and dynamic artist that is following in his father’s footsteps, and that is part of the story that they share in today’s episode.

Antonio is an established artist, illustrator, and event producer who focuses on the Latino community of Southern California. He is also one of the last true inkers at the Walt Disney Animation Studios Ink and Paint Department.

“The thing that I extracted most from our relationship during my childhood was the fact that [my dad] exposed me to art really early on. Every time I went to my dad’s house, it was always art shows, museums, studio visits, auctions, festivals, things of that nature. That was the one and only thing that I knew of my dad, aside from Disney and all the other nuanced stuff that he would do, but [pretty] much the bulk of our time was spent in art galleries, spent in a museum, spent in other people’s studios and listening to him talk and converse with legends from LA.” — @isaacpelayo1 [0:11:16]

Acquiring over 100k followers on social media in the last few years, Isaac is a rising star illuminating his own path as a fine artist, creative musician, fashion visionary, and well sought after tattoo artist.

In today’s conversation, Antonio and Isaac talk about their artistic legacy and how Isaac’s father inspired him as an artist by exposing him to art from an early age. We also touch on the power of social media for self-promotion, the economics of art, and how younger artists can benefit from hearing the success stories of artists who have paved the way, as well as the value of being both artist and art dealer, taking agency and advocating for yourself as an artist, and the power of learning to say ‘no’. Tune in today!

“With every piece, I learn something new. I’m still developing it, I’m still learning, I’m still studying. We’re constantly trying new things. [My dad] is constantly giving me ideas, I’m constantly giving him suggestions. We’re figuring out ways to collaborate and combine our work together in different mediums and forms and subject matter. At the same time, I still don’t have it figured out, but it’s been an interesting, long learning process, but I’m excited to see when’re our work shifts to in the next five to 10 years.” — @isaacpelayo1 [1:07:12]

“He exposed me to the craft, he never pushed it on me, and he was also hungry himself. He set an example [as] opposed to putting pressure on me.” — @isaacpelayo1 [0:19:12]

“One of the things that resonated with me was being told, ‘It’s not what you know but who you know.’ I became a sting people person, meeting people and absorbing as much information as I possibly could.” — @isaacpelayo1 [0:33:51]