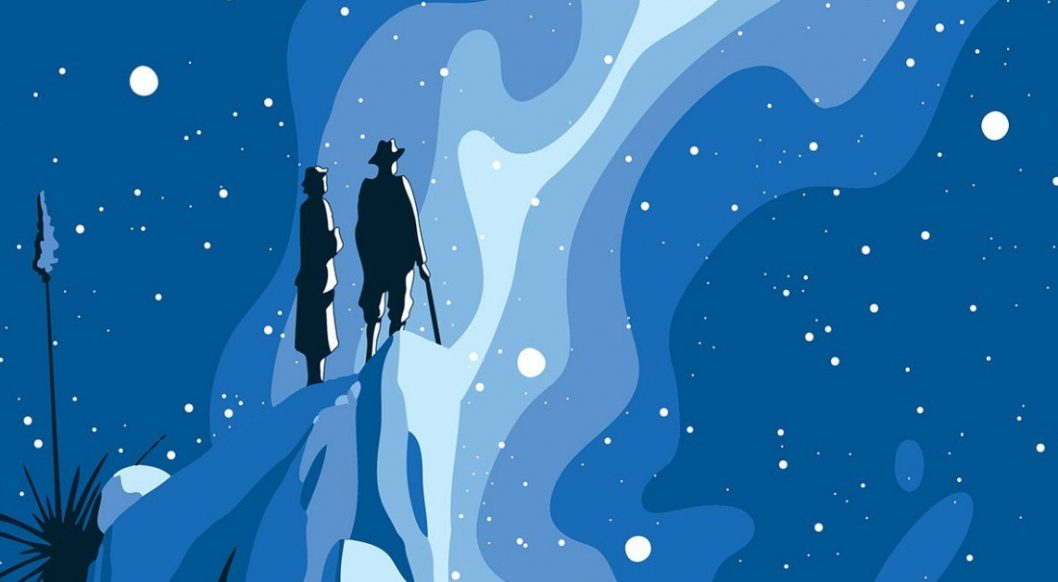 Around 80 percent of Americans can’t see the Milky Way’s star-packed bands stretching across the night sky. Light pollution often hides this natural wonder from view; luckily, we have government-protected pockets of sky where stargazing is still top notch: our national parks.

The concept of a “national park” is uniquely American, rooted in Romantic art, transcendentalist philosophy, and the rise of naturalists like John Muir. Artist and astronomer Dr. Tyler Nordgren illuminates the night sky with Half the Park is After Dark, a national poster campaign urging traveling Americans to stop and “see the Milky Way.” Since 2007, Dr. Nordgren has worked with the National Park Service to “turn the national parks into the single largest source for public science and astronomy education in the world.” His monochromatic series raises “awareness of the night sky’s beauty and the need to protect it for future generations.”

Modeled on vintage travel advertisements he prized in his youth, Half the Park is After Dark captures the adventurous spirit of the Works Progress Administration’s “See America” poster campaign of the 1930s. “They are a part of that romantic travel history to America’s national parks, but they were [also] designed to educate the public,” says the astronomy professor, who yearned to “see America” as a boy.

“See the universe waiting to be discovered,” pitches one of Dr. Nordgren’s designs. The posters are persuasive, meant to spark wanderlust and a desire to see otherworldly luminescence obscured by artificial city lights. It’s a feeling the artist’s been chasing—and sharing— since he can remember: “As a kid I dreamt of seeing the world, to the point that seeing a travel poster, today, instantly fills me with that sense of mystery, exoticism, and longing that I had as a child.”

Though Dr. Nordgren appreciates our national parks in the daytime, it’s clear his heart belongs to the moon and stars. Scattered with spiral galaxies, winking stars, and soft points of light, Half the Park is After Dark beckons—pack your bags and heed the call.

“As a kid I dreamt of seeing the world, to the point that seeing a travel poster, today, instantly fills me with that sense of mystery, exoticism, and longing that I had as a child.” — Dr. Tyler Nordgren

Half the Park is After Dark