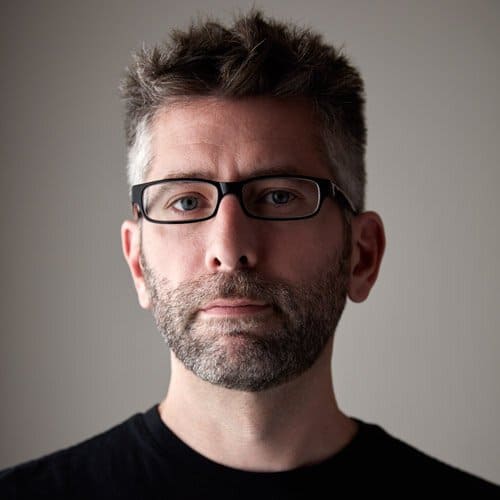 “I rely on this seemingly innocuous, ‘Oh, it’s a toy. I can relate to a toy; I can grab it,’ to sneak around people's defenses. A weird mark of success is that it makes a lot of people cry and it makes a lot of people cry that you wouldn’t think otherwise. Like NGO workers or humanitarian folks who are on the frontlines and who have seen just some horrible stuff. Even they – who work with these kids day in and day out in the camps – are aware of some of these things but they don’t get an opportunity to look at their actual stories. There's no responsible way without an art therapist or an otherwise trained professional to hear these kids and learn these things. Going back to the absurdity of the process and the absurdity of me doing what I do; it gets people to look. People who are into art will look at it from an art point of view. People who are into pop culture, less serious stuff, it will grab them too.” — @MrBrianMcCarty [0:14:04.0]

Artists who are willing to put themselves in harm’s way are a rare bread, and those who use their work to help others are perhaps even rarer. Photographer, Brian McCarty, is one of these unique artists, and since 2011, he has been collaborating with the United Nations and other NGOs to help traumatized children in war zones.

Through his project, War Toys, Brian uses the power of children’s toys, free play, and his camera to help these children process their pain. Brian has worked in places like Iraq, Syria, and the West Bank, and he joins us today to share insights into his work.

We begin by hearing about his experience of working in a war zone and the complex emotions these spaces cause him to feel. On the one hand, he is exposed to the darkest side of humanity, while on the other, he sees people trying to help in the most selfless ways. Brian talks about the absurd and trite nature of his work and how this exact absurdity ultimately hooks people and draws them in. This endeavor has not been easy for a variety of reasons, and Brian shares more about the 15-year journey he has been on which culminated in forming a non-profit last year.

Naturally, we discuss the pandemic, where Brian explains why he – like many who have worked in war zones – is particularly on edge about the election and the conflict that may come with the transfer of power. Our conversation also touches on projects Brian has in the pipeline, the immense power of art therapy in high-conflict areas and war zones, and the potential of a documentary about his work being made. Tune in today to hear more.

“Being dialed into the toy geeks of the world, there’s no shortage of talent and no shortage of folks who want to contribute to a program like this and would give their designs and talent to see these toys permeate and do some good.” — @MrBrianMcCarty [1:05:51.0]

“Photojournalists are a part of war, they are on battle fields, why not give kids that piece where it’s not just us and them fighting?” — @MrBrianMcCarty [0:49:02.0]

“On the one hand, you get the, ‘life is cheap and you take the wrong corner and you’re dead’. But then also, there are always just those people who are trying so damn hard to retain humanity and keep this thing going.” — @MrBrianMcCarty [0:27:39.0]