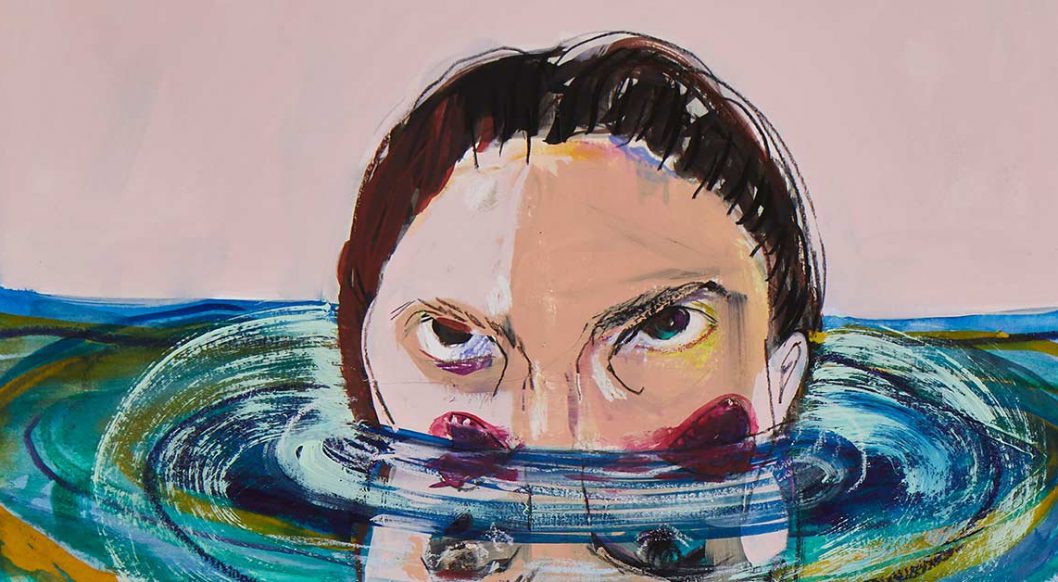 Described as a “feminist ahead of her time,” 17th century Italian Baroque painter Artemisia Gentileschi explored themes of motherhood, heroinism, and the male gaze. Now, hundreds of years later, artists like Christine Garvey study and reimagine her work through a modern lens, still captivated by the same themes.

In a series of illustrative drawings, the Austin-based multidisciplinary artist explores “anxieties around ruin and motherhood” by reinterpreting classical portraits of maternity. “My work from the last two years deals specifically with […] the transformation of flesh, the violence of birth, and the parasitic demands of the newborn,” she says. “It’s through copying and re-imagining various depictions of motherhood that I begin to find my own definitions. [I can then] come to terms with the complexity of such an experience—the violence and tenderness, the sensuality and fierceness, and the generative and destructive nature of making and mothering another.”

Comparing motherhood to a state of nature, wild and untenable, Christine leans into the “ugly” emotions that come with maternal love. Fascinated with the bleeding breasts in Artemisia’s “Mother and Child” and the elongated limbs in Parmigianino’s “Madonna with the Long Neck,” Christine creates her own rendition of monstrous motherhood in “Madonna and Child.” Her frantic mark-making flutters across the paper like an anxious heart, torn between powerful, conflicting emotions. Raw, broken bodies floating through fields of scribbled color illustrate the primal pain and messy beauty of giving birth, raising children, and loving them as they grow.

Using biblical, historical, and personal narratives to grapple with the experience of motherhood, Christine exposes the moment of transformation that ricochets through women as they become mothers. “I find something exciting in the idea that mothering brings forth the monstrous within each of us,” she says, alluding to the protective animal instincts of wolves and snakes. “I’m interested in the unusual power that emerges when we become our most grotesque, animate selves.”

“I find something exciting in the idea that mothering brings forth the monstrous within each of us.” — Christine Garvey