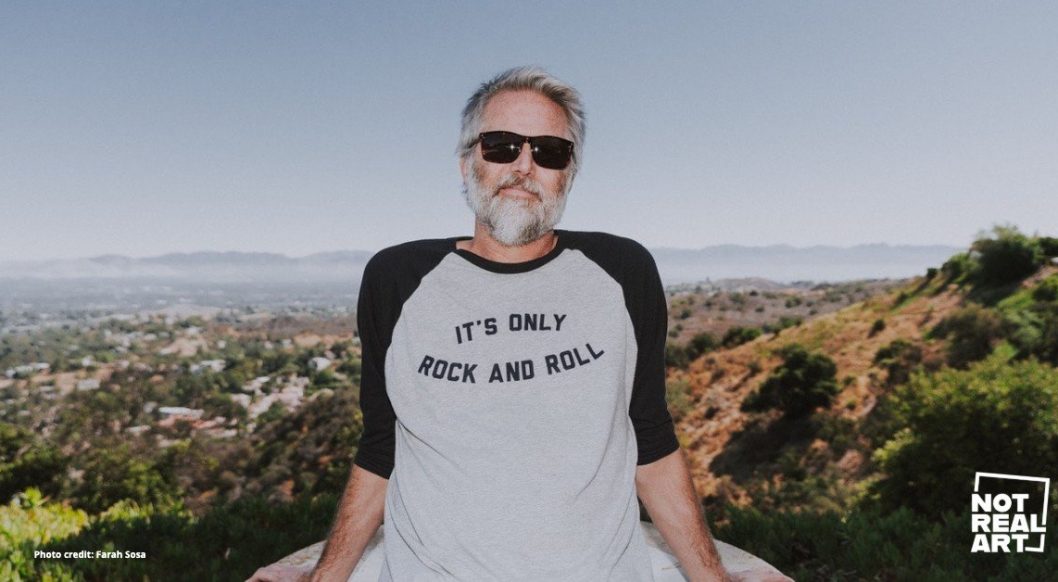 “The thing that continues to give me confidence and keeps me going, is my relationships with all the people I work with and love.” — Dan Ubick

When you look – make that listen to composer, musician, and producer Dan Ubick’s vast list of credits in film and television ranging from his original composition written with Staten Island soul phenom Eamon, ‘You and Only You’ on the Ocean’s 8 soundtrack, to his work on Breaking Bad, Blackish, and 24, it’s hard to believe he wasn’t the designated cool kid in high school. Nor was he the geeky band kid. Rather, Ubick asserts that he was “just a kid growing up in in Pacific Palisades in the ‘70s, learning to play guitar.” Ubick adds that back then, the Palisades was a little beach town in Los Angeles that was “a lot more laid back, not flossy and fancy like it is now.”

Dan Ubick grew up in a blended family consisting of his sister and his half brothers and sisters, where creativity was the norm. “My dad was a musician and my mom was a jeweler. They bought their house there in 1970, I think…It was beautiful. We had a canyon across the street that we could go play in. We skateboarded a lot. We had lots of my dad's friends over for parties. So a lot of jazz musicians were around and my mom’s jeweler friends. My good friend since I was a kid is the son of a big mastering engineer, so we were over at this house all the time listening to records and my brother’s and sister’s records and my neighbor Daryle’s records. It was a great place to grow up. I loved it.”

A multi-instrumentalist, Ubick recalls that the first instrument he ever played was his dad’s Fender Bass. “He mostly played upright bass, but he kind of acquiesced in the ‘60s and bought a Fender Bass which I still play daily. The uprights were too big for me.”

“With instruments though, there are guys who just blow me out of the water. So I say this with a grain of salt, but I probably play guitar the best. I'm pretty decent at drums and bass. And, I play ukulele and mediocre keyboards, and I play the Hammond organ and piano and those things, but, you know, I'm no ‘Professor Long Hair’ on the piano or anything.”

Dan Ubick is a multi-instrumentalist, so which instrument exorcises the demons?

Ubick admits that it’s the drums that exorcise the demons. “Drums are just so primal. It's a funny story, because drums were the first thing I wanted to play and God bless my dad, but being a musician he said I had to learn to play a more musical instrument first. I kind of took that the wrong way when I was a kid…I'm grateful that I learned that because it taught me how to write songs. And in the music business, writing songs is everything. There's nothing like a great beat and drums to inspire me though. When I write music, I've got to put the drums in first. Drums inspire everything.”

When asked if he remembers the first song he ever wrote, Ubick shares, “I wrote some real sappy songs in the beginning, like most of us do. The first one I remember putting down and recording was kind of an homage to a girlfriend I had and recorded up here in Topanga with some friends of mine…Thank God it's on cassette and long lost,“ he laughs.

Dan Ubick has done his share of touring and toured with everyone from Breakestra, De La Soul, Big Daddy Kane and Slick Rick to Hollie Cook, The Heptones and The Lions through the States, Canada, Japan, and Europe.

“What I’ve always just loved about touring is just meeting other musicians that I admire and building and connecting with other people…When we played in Bristol, Massive Attack came to see us and that was just super cool. Tricky also came up to me when I was in Japan with Breakestra playing Fuji Rock and said they had had our record on in the tour bus for weeks. That made my day."

When asked how he multitasks producing, session recording, and teaching with the gigging and DJ’ing, Ubick says, “Luckily, I have a patient wife and I just catch up on sleep when I can. But yeah, sometimes I'm out DJ’ing until two in the morning, and then I've got to session the next morning and, you know, just drink two cups of coffee and power through it. My brain is just really good at categorizing and living in the moment and figuring out what needs to happen that day.”

Dan Ubick’s Life in a Nutshell…

“I love producing stuff. I love getting stuff across the finish line and making it happen. That's my life in a nutshell.”

Ubick shares a bit about his mantra for life. “I lost my dad pretty early. So my mantra is: Life is short. Get as much shit done as you can. I mean, I try and rest and take it easy when I can, but I just feel like there's so much cool stuff to do out there. I want to do as many things as I can.”

“If you want to do music, you have to be a self-motivated person.” — Dan Ubick

When asked what Ubick observes from a music teacher’s perspective and what has changed in music during his tenure, he shares, “I think the only thing that hasn't changed is that if you want to do music, you have to be a self-motivated person. That's the only thing that's gonna get you across the finish line. It's really rare, where it's like, ‘I don't practice and some shit just fell in my lap.’ Most of the people who I know who I've come up around, and you know – I’ve come up around some people who've gotten really famous and done really well, and some who have worked really hard and haven't [become] really famous, but they're amazing musicians and people; the one thing they have in common is that they work their asses off at it. Yeah, that self-motivation gene is really the key to it all.”

“I'll be 50 this year. So I'm definitely at the age of a vinyl enthusiast. I listen to records, mostly. And there's whatever people are into and whether digital is better, but [vinyl] is sonically detailed and the packaging is tactile and often beautiful. I love reading liner notes and credits while I’m listening. You can’t do that on a download or MP3.”

“Aside from that, I think the biggest enemy of the music business right now is streaming services. I will argue that, as well. Every kid streaming music on Spotify, Apple Music, Pandora, Rhapsody, all these things that everybody listens to music on now – it's a way to get your music out there. It's how everybody listens to music, ‘cuz everybody's on their phones now, but it doesn't pay artists a living wage. It devalues music and artists. It's such a miniscule amount for what you stream and the argument is that it's such a big promotional tool, you can make your money and merchandise and third party licenses, and going on the road… but actually making money off of record sales is nonexistent which is shameful.”

“We just got shut down and all those people who are only going on the road – that's their income. That was shut down for like all kinds of people I know. Without record sales, that income stream just shut off. I just think, aside from how you want to listen to music, and how you're inspired, if you want to keep enjoying this music that all of these beautiful artists make, you’ve got to support them. And you’ve got to know that streaming does not support them. I used to go to the library and check out records and see if I liked it. And then I’d go buy it at Tower [Records] or whatever. Yeah. Listen on streaming, listen on Spotify, check it out, but if you dig it, go buy the record, because that's what supports people making art.”

Ubick concedes that the upside of the current landscape of social media and streaming is that “it gives you access to people you didn't have access to before. In a lot of cases, it takes the record company out of the equation. You can make music and collaborate with anyone you want…You can make a record with someone in Australia, or London, or Paris, or wherever, that you never could have done when I was coming up. Social media plays into making that possible, which is incredible.”

Up Next: The Conduit Podcast

The promo reads, “The Conduit Podcast is a limited podcast series featuring candid conversations between professional musicians and music biz veterans who give you the unvarnished truth.” Ubick expounds on his new project in association with Crewest Studio and Executive Producer, Scott “Sourdough” Power, and what listeners can expect in the “unvarnished truth” about the music industry.

“Yeah, that's what it's centered around. I mean, there's a million brilliant podcasts…But they're mostly promoting artists’ latest release, which I also want to hear about, and I'm glued to a lot of those podcasts, as well. But this one is going to center around people with experience making a living in this business, sharing the secrets and sharing their expertise, and their past experience in how to make a living in the music business. We will talk about people they've worked with and exciting situations, and you know, names will come up that we all know, but the focus of the podcast is really, ‘Hey, you want to do this? Here's the people who've done it and have made a living at it. And here's what you need to do, to do it yourself.’”

Teaser: Ubick describes the first two episodes as “awesome,” and includes “a rap MC who's been around the world with…well, I'll leave it as a surprise. But he's an incredible person who's worked with all kinds of people. The second episode is a singer who has sang background and lead with all kinds of artists that we all know. Her interview is amazing. The next one I have is with an independent record label head, who has done all kinds of amazing stuff.”

The Conduit Podcast will drop all episodes on September 1, 2021, so mark your calendar.

“The most important thing I want to say to the readers is – if you love music, like I do, and my guests do, and you're considering trying to make a living at it – it's a bumpy road. It takes a lot of perseverance. But if you want to do it, there's a community that will help you with answers to your questions, who will share experience. Know you're not alone. Everybody has bumps along the road. You can do it…You're a beautiful artist, and you can make it.