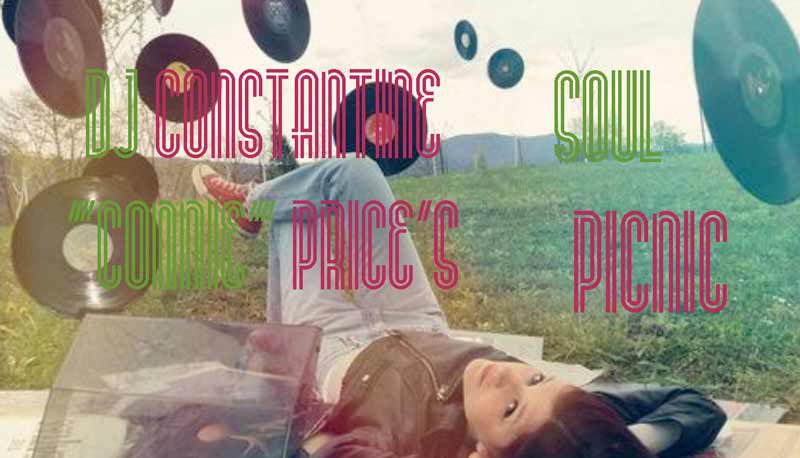 This month I put together 14 of my favorite songs from the 1980s, just for you. While this totally rad decade saw the beginnings of hip-hop’s “golden era,” the (purple) reign of Prince, and charts dominated by pop stars like Madonna, Duran Duran, Wham!, and Hall & Oates, my aim here today is to shine a light on some lesser-known artists and songs from back then that I still listen to. “My Best Of the ‘80s” is my soundtrack to the decade of Aqua Net, Cactus Cooler, Doc Martens, Trapper Keepers, and Centipede. Like, enjoy…

The English Beat—“Can’t Get Used To Losing You”

Written by Brill Building stalwarts Jerome “Doc” Pomus and Mort Shuman, “Can’t Get Used To Losing You” was a hit for Andy Williams, Patti Page, Alton Ellis, Chad & Jeremy, and a few others long before Birmingham’s The (English) Beat got hold of it and decided to give it a Jamaican-inspired makeover in 1980. From drummer Everett Morton’s rocksteady beat and Saxa’s perfect tenor solo to singer Dave Wakeling’s soulful lead vocal, this is the perfect opener for this month’s playlist, and one of my favorite songs of the ‘80s.

Kid Creole And The Coconuts—“Annie, I’m Not Your Daddy”

On “Annie, I’m Not Your Daddy” (from 1983’s Tropical Gangsters LP), singer August “Kid Creole” Darnell’s perfect dance-floor-moving mix of calypso and disco funk sound came to a head, reaching No. 2 on the UK Singles Chart and No. 18 on the US Club Play Chart. The story goes that Annie's mom had “a fall in St. Tropez,” but the singer swears he’s not Annie’s daddy. “See, if I was in your blood, then you wouldn’t be so ugly,” sings Darnell. Ouch!

From Swindon’s finest comes this slice of ‘60s-inspired ear candy written by singer-guitarist Andy Partridge who suggests (somewhat incorrectly it turns out) that he doesn’t “know how to write a big hit song.” “The Mayor Of Simpleton” from XTC’s eleventh LP, 1989’s Oranges And Lemons, ended up being the bands best performing single in the U.S., and to me, it’s a perfectly crafted pop song. Even with it’s totally ‘80s drum sounds.

Bow Wow Wow was yet another creation of producer-impresario-musician Malcolm McLaren (The Sex Pistols, The New York Dolls), formed by luring Dave Barbarossa (drums), Leigh Gorman (bass) and Matthew Ashman (guitar) away from Adam and the Ants, and pairing the trio with mohawked teenage singer Annabella Lwin. “Aphrodisiac,” from the band’s second LP, 1983’s When the Going Gets Tough, the Tough Get Going, boasts Bow Wow Wow’s signature African inspired groove, great rock ’n’ roll guitar playing, and catchy vocal hooks. It also shows that “I Want Candy” was just one of many scorchers the band laid to tape.

Adam And The Ants—“Ant Music”

Having had his backing band wooed away by producer Malcolm McLaren to form Bow Wow Wow, Adam Ant recorded his second LP (1980’s Kings of the Wild Frontier) and solidified himself as a hit song writer and bonafide campy sex symbol. Pairing himself with guitar man Marco Pirroni, the songwriting duo focused their efforts on pulling the mass’ attention away from the omni-present disco craze to try their fresh, Burundi beat-inspired Ant Music, and it worked like a charm. Ant sings, “That music’s lost its taste, so try another flavor,” and the ladies swooned.

Originally recorded in 1953 by rockabilly king Eddie Cochran (with New Orleans drum don Earl Palmer), it was The Stray Cats’ 1981 version of “Jeanie, Jeanie, Jeanie” from their debut LP (Stray Cats in the UK and Built For Speed here in the States) that first grabbed my attention. Infusing a punk rock energy into the rockabilly template, the song explodes from the speakers with bassist Lee Rocker and drummer Slim Jim Phantom holding things down, while singer-guitar man Brian Setzer belts out and picks every soulful lick as though he might not get another chance. Thankfully Brian got a good handful of more chances!

Every song from The Pretenders self-titled debut LP has a special place in my heart, but “Kid,” which tells the story of a boy finding out his mom is a prostitute over of the most beautifully poetic guitar playing, courtesy of the late great James Honeyman-Scott, is top of the pile for me. Singer Chrissie Hynde’s effortless vibrato and emotional vulnerability pull us in as drummer Martin Chambers and bassist Pete Farndon add a solid rhythmic edge to this most perfect love song.

1983’s More Fun In The New World is the fourth LP by Los Angeles’ X, and the last to be produced by Doors keyboard man, Ray Manzarek. This earnest homage to the homeless epidemic in the City Of Angels, sung in harmony by bassist John Doe and lead vocalist Exene Cervenka, tells the tale of some homeless soul giving up hope after years of empty political campaign promises. Doe and Cervenka sing, “Honest to goodness, the bars weren't open this morning. They must have been voting for a new president of something. Do you have a quarter? I said ‘yes’ because I did. Honest to goodness, the tears have been falling all over the country's face.” The manic eighth note patterns of drummer D.J. Bonebrake and the saturated amplified melodies of guitarist Billy Zoom create the perfect manic backdrop for the narrative of despair our protagonist is feeling.

Talking Heads—“This Must be The Place (Naive Melody)”

Born out of New York City’s late ‘70s punk rock scene alongside Blondie, The Ramones, Television, and other trendsetters, Talking Heads used their art-school pedagogy to create some of the most unique music to ever hit the Billboard charts. “This Must Be The Place,” a rare love song from the pen of singer David Byrne, is from the band’s fifth LP, Speaking in Tongues (1983), which also boasts the band’s sole US top ten hit, “Burning Down the House.” The subtle “naive melody” reflects Byrne’s choice to utilize a repetitive ostinato guitar and bass vamp throughout the song, which serve as a hypnotic and lovely anomaly to the usually quirky, jagged funk sound the band was known for.

Written by Go-Go’s guitarist Jane Wiedlin and her then long-distance love Terry Hall (lead singer of Coventry, England’s Two-Tone rude boy’s The Specials) “Our Lips Are Sealed” was first a hit here in the U.S. In England however, the song was redone by Hall’s post-Specials group Fun Boy Three and reached the top ten with their albeit slightly gloomier (and totally 80’s) version. Hall sings empathetically; “Hush my darling, don’t you cry. Guardian angel, forget their lies.”

I can’t mention the 1980s without including one of the best and most important songs of the era: “Racist Friend” from The Specials’ (aka The Special AKA) third LP In The Studio from 1983. Sung by label mate Rhoda Dakar of The Bodysnatchers and Terry Hall’s replacement Stan Campbell, “Racist Friend” is as timeless as they come. With this song, the torchbearers of the two-tone movement succinctly crystallized their mission and desire to transcend and defuse racial tensions in Thatcher-era Britain with a simple sing-along chorus: “If you have a racist friend, now is the time for that friendship to end.” All the while, Rico, Roddy, John Bradbury, and the boys in the band created the perfect musical backdrop.

“Driven to Tears” is Police bassist and lead singer Sting’s pointed and incredibly catchy reaction to the great divide between rich and poor he witnessed while on tour in the US. Sting sings, “Seems that when some innocent die, all we can offer them is a page in some magazine. Too many cameras and not enough food,” as the song is propelled by the rhythmic reggae-inspired jolts of drummer Stewart Copeland and an unexpected, explosive guitar solo by Andy Summers! While Zenyatta Mondatta boasted bigger hits, like the ballad “Don’t Stand So Close To Me,” this unfathomably deep and simultaneously funky song is one I always go back to.

Inspired by the burgeoning underground New York hip-hip scene and groups like The Sugarhill Gang and Grandmaster Flash & The Furious Five, The Clash decided to try their hand at something similarly fresh and danceable when they recorded “The Magnificent Seven” for their fourth LP, Sandanista!, in 1980. The version included here is the extended dance remix version that came out on 12” after Sandanista! complete with conga overdubs and Joe Strummer’s (RIP) call to action intro: “Don’t you ever stop long enough to start? Take you car out of that gear.” (Cue bass lick!). Makes me wanna move—you?