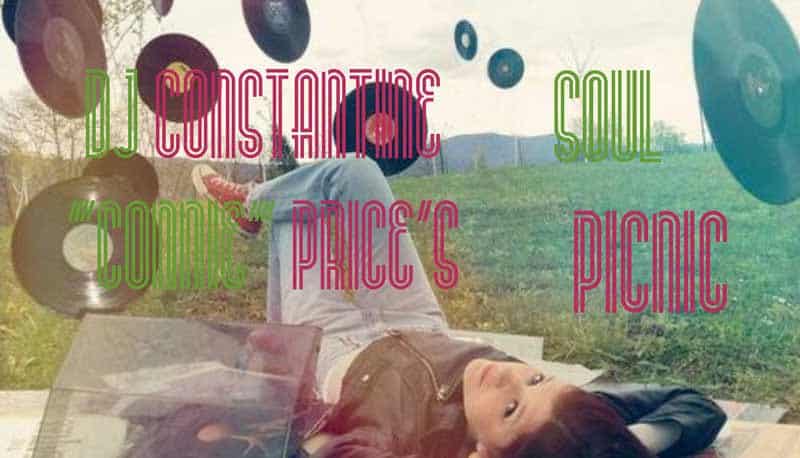 This month, as spring is upon us and the wildflowers are in bloom, I’m focusing on music that’s religious to me and has the power to heal through sheer beauty. So pop on some headphones, wire yourself into a good set of speakers, and go hunt down the original copies on vinyl from your local record store for the full effect. These tracks all deserve it. Bon appétit!

Erik Satie’s masterpiece was arranged by Tutti Camarata and played with the utmost of emotion. Instead of the usual piano, for which Satie wrote the piece, this version features a lone nylon string guitar taking the lead, supported by strings, oboe, and flute. The results are absolutely breathtaking. Originally issued on England’s Deram label in 1970 with a mirrored silver jacket and line drawing of maestro Satie, this is one to hunt down.

I’m not sure I have heard more sensitive playing in my life than on this landmark piece of music created by these two giants of jazz in 1962. Supported so intuitively by Aaron Bell on double bass and the legendary Elvin Jones on drums, Ellington’s piano dances around like a ballerina, so graceful and elegant, finding the perfect musical dancing partner in John Coltrane. ‘Trane’s exemplary technique is second only to the effortless soul and tenderness flowing from his tenor saxophone. One of the most beautiful music moments ever captured on tape.

Hawaii’s Ozzie Kotani learned to play slack key guitar from legends like Keola Beamer and Sonny Chillingsworth, and went on to teach at the University of Hawaii starting in 1986. His “old guitar” sparkles like the ocean and rolls like wind in the palm trees. Natural beauty.

Along with fellow Modernist French composers Erik Satie and Maurice Ravel, Debussy created some of the most beautiful classical music channeled and penned by humans. Begun in 1890 and revised and published in 1905, “Clair De Lune” (or “Moonlight”) was inspired by a 1869 poem by Paul Verlaine and is the third segment in Suite Bergamasque.

My parents had a copy of the soundtrack to Black Orpheus growing up, which is the first time I heard Luiz Bonfa’s sublime guitar playing. I’ve been under his spell ever since. Once I saw the movie starring the lovely Marpessa Dawn (Eurydice) and Breno Mello (Orfeu), I watched it over and over again, and it became my portal into Brazilian music and culture. Bonfa’s “Manha De Carnaval” is the main theme throughout the film, but this version, played so gently on Bonfa’s nylon-stringed “violaõ,” is the one I always go back to.

There are many reasons why Miles Davis’ Kind Of Blue LP is the biggest selling jazz LP of all time, but I think the main one is that Miles had a knack for putting musicians together he knew would be sympathetic to his vision. And what a cast Miles assembled here: Julian “Cannonball” Adderley and John Coltrane on saxophones, Miles on trumpet, Paul Chambers on bass, Jimmy Cobb on drums, and the exquisitely lyrical Bill Evans on piano.

The opening track from Nick Drake’s Bryter Layter—his second of three LPs—features Nick’s nimble, fingerpicked Guild acoustic steel string guitar at the forefront. Accompanied only by the subtle bass and drums of Fairport Convention’s Dave Pegg and Dave Mattacks, and a lovely string arrangement by fellow Cambridge schoolmate Robert Kirby, Drake had The Beach Boys Pet Sounds in mind while creating Bryter Layter. Alternative Press called it "[one] of the most beautiful and melancholy albums ever recorded."

Another record constantly spinning in our house when I was a kid is this gem of an album created during the bossa nova craze of the early 1960s. Stan Getz, Coleman Hawkins, Ike Quebec, and many other accomplished jazz men made bossa nova records in this era, but the Getz/Gilberto LP on Verve Records is probably the most well known, due to the popularity of “Girl From Ipanema.” This album will always be one of my favorites—it brings back so many memories and is exquisitely beautiful.

My good friend Manuel Barba, who runs Traffic Records in San Luis, Obispo, turned me onto this incredible record, and I’m convinced it’s one of the most beautiful and unique recordings made in a long time. At 80 years old, legendary tenor saxophone master Pharaoh Sanders is truly an American treasure. Here, his playing is so sensitive as he improvises runs over U.K. electronic artist Sam “Floating Points” Shepherd’s arrangements, played so elegantly by members of The London Symphony Orchestra. So glad someone is making music like this.

From the Hungarian guitar virtuoso’s brilliant 1968 LP, Dreams, on Skye Records, comes this seductive homage to the sea nymph of Greek mythology. Produced by Gary McFarland, the track starts subtly with Szabo playfully dancing around the neck, supported only by childhood friend and classically trained Louis Kabok on the bowed double bass. However, it’s when Jim Keltner’s side stick drums and percussionist Hal Gordon’s guiro and shakers kick in at 1:46 that the spell is cast and off we go. They didn’t call Gabor “the sorcerer” for nothing.

Senegal’s Orchestra Baobab are a unique mix of Cuban son and their native Wolof music, and the blend is intoxicating, relaxing listeners and lulling them into a peaceful trance. The first track from the lost 1982 Pirate’s Choice recordings, “Utrus Horas,” opens the door to another world—one I am compelled to visit often.

Last but certainly not least, I leave you with another gem from Duke Ellington. Here, he’s supported by Charles Mingus (bass) and Max Roach (drums), who was, at the time, more than 20 years his junior. Having declined the opportunity to rehearse for this album, which would later become Money Jungle, these recordings were the first time the three musicians played together. Mingus and Roach pull from a deep creative well to support their legendary mentor, and the result is absolutely spellbinding. Thank you David Ralicke for turning me onto this many years ago.