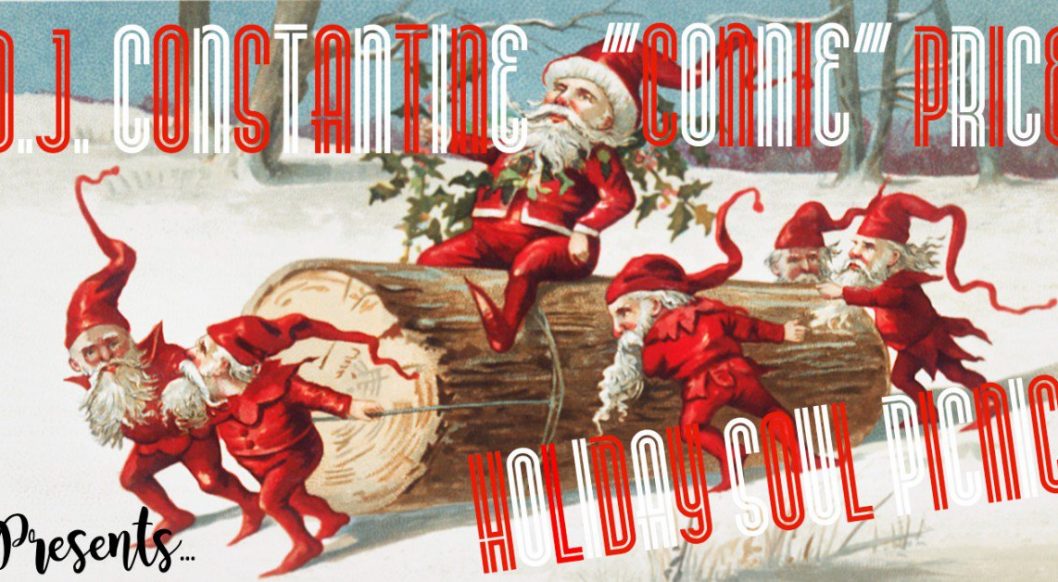 As temperatures dip below 65 here in California and business slows down, I hope everyone gets some well-deserved down time, wherever they are. The holidays bring memories of those no longer with us, and sometimes old tensions arise, but the season remains a chance to rest, reconnect with family, appreciate friends, and spend time with our chosen tribe. With that in mind, I’ve included some longtime holiday favorites and new-found treats to lay on you while you decompress and enjoy your favorite dishes. May the holidays bring you health, wealth, and family. And, may these songs bring you peace, love, and understanding.

This song is at the top of the holiday heap for me. Donny’s God-given talent and soul are on full display here; the voice, the arranging chops, the funky backing band, the string arrangement, and of course, the tasty Fender Rhodes licks are all hard to beat. Hathaway sings: “My world is filled with cheer and you this Christmas.” This song will always be on my holiday playlist, because it’s perfect.

Jacob Miller—“Wish You A Merry Christmas”

Recorded at Channel One Studios in Kingston, Jamaica, in 1978, Jacob Miller’s Natty Christmas is, at this point, a verified classic. The album is filled with irie versions of Christmas classics, the rock-solid rhythmic foundation of Sly Dunbar and Robbie Shakespeare (“Sly & Robbie”), and the late Jacob Miller’s infectious vibrato: “Rub up and dub up on a Christmas,” he sings. The holidays have never felt this good. Ya get me?

The Soulful Strings’ 1968 LP The Magic of Christmas on Cadet Records is one of the funkiest holiday records of all time. Produced, arranged, and conducted by Chess/Cadet wunderkind Richard Evans, “Sleigh Ride” gets a soul makeover, amended by Chicago’s finest studio musicians, including guitarist Phil Upchurch, drummer Morris Jennings, Jr., and flutist Lenny Druss, who also played on records by Curtis Mayfield, The Impressions, Ramsey Lewis, and many others.

Originally pressed on 7” in 1963, Carla Thomas’ “Gee Whiz, It’s Christmas” was later included on Atlantic Records’ incredible compilation LP Soul Christmas; the tune belongs in a long line of hits from Rufus Thomas’ talented daughter. Starting her career with the father-daughter duet “Cause I Love You” on Satellite Records, Thomas later recorded “Gee Whiz (Look At His Eyes)” with Otis Redding—her addition to the holiday canon is no less impressive.

Vince Guaraldi started out playing piano in vibraphonist Cal Tjader’s group, and made some amazing records while he was in the group, but Guaraldi’s legacy will always lean heavily on his lilting and mesmerizing soundtrack to A Charlie Brown Christmas, released by Fantasy Records in 1965. The innate chemistry between Guaraldi’s effortless piano runs and the rhythmic accompaniment of drummer Colin Bailey and bassist Monty Budwig is divine. Christmas just isn’t the same without listening to this record at least once.

From The Godfather Of Soul’s second Christmas LP, 1968’s Soulful Christmas on the King label, this tune is a chicken-pickin’ scorcher, and features some seriously funky holiday cheer courtesy of an uncredited vibraphone player. Fun fact: the LP also includes the incomparable instrumental “In The Middle,” which DJ Muggs sampled on Cypress Hill’s classic “Hand On the Pump.”

From 1961’s Sound of Christmas LP on Argo Records, The Ramsey Lewis Trio’s “Here Comes Santa Clause” is a unique stylistic take on the Christmas classic. Ramsey Lewis’ quirky, melodic piano licks are in full effect, as is the bouncy rhythm section of Eldee Young on bass and Isaac “Redd” Holt on drums. (The two would later form their own successful group, Young-Holt Unlimited, whose single “Soulful Strut” is up there with “Green Onions” by Booker T. & the MG’s as one of the top instrumentals of all time.)

We all know Ella Fitzgerald’s classic duet with Louis Jordan, “Baby, It’s Cold Outside,” but this hard-swingin’ version of the James Lord Pierpont holiday classic “Jingle Bells”—from Fitzgerald’s 1960 Verve LP, Ella Wishes You A Swinging Christmas—is like a freshly cut Douglas fir: crisp, and deliciously fragrant. Arranged and conducted by maestro Frank DeVol and complete with groovy backing vocals and a snappy bongo player, Fitzgerald’s “Jingle Bells” is the perfect companion to your spiked eggnog.

The sole Christmas tune from legendary Miles Davis collaborator Bill Evans, “Santa Claus is Coming to Town”— from his Trio ’64 LP on Verve—is a personal favorite for the trio’s unique rhythmic take on the holiday classic. Gary Peacock’s truly masterful bass solo is like a surprise visit from a favorite uncle you haven’t seen in a while, and drummer Paul Motian’s ability to react musically at the drop of a dime is absolutely divine. Recorded live at Webster Hall in New York City on December 18, 1963, and produced by Creed Taylor.

Originally released in 1968 as the B-Side to Redding’s version of “White Christmas” on ATCO Records, you can also find this organ-driven holiday soul romp by The King Of Soul on Stax Records compilation LP Christmas In Soulsville alongside gems by labelmates Isaac Hayes, Rufus & Carla Thomas, The Staple Singers, Albert King, and more.

Louis Armstrong’s voice and music are so integral to my experience growing up that I can’t go long without getting a fix of his soulful rasp and hep descriptions. Direct from a 10” Decca Records 78 rpm shellac from 1953 Louis sings, “He'll come a-callin' when the snow's the most. When all you cats are sleepin' warm as toast. And you gonna flip when Old Saint Nick takes a lick on the peppermint stick.”

Stevie Wonder—“What Christmas Means To Me”

Stevie Wonder is one of the true geniuses of our time; the records he made in the late ‘60s are my personal favorites. For Once In My Life (1968), My Cherie Amour (1969), Signed Sealed & Delivered (1970) are the most inspiring sets of music I’ve ever heard. Not surprisingly, Wonder also decided to make a killer holiday record (1967’s Someday At Christmas) right at the beginning of this incredibly fertile period. “What Christmas Means To Me” is from that record, but you can also find it on A Motown Christmas compilation LP.

I grew up listening to Bob Dorough’s unmistakable voice every Saturday morning on the popular ‘70s TV show Schoolhouse Rock. I have a good handful of his records at home, and knew he had worked with Miles Davis. However, I was so excited to hear this to-the-point and real account of how many feel during the holidays. “Blue XMas,” from The Complete Columbia Studio Recordings, is the holiday song everyone can relate to in one way or another, and a good reality check, too. Bob opines, “Sidewalk Santy Clauses are much, much, much too thin. They’re wearing fancy rented costumes, false beards, and big fat phony grins.” Flip the coin and get in the Christmas spirit—helping others.

We lost the God-given force of nature known as Toots Hibbert in August 2020, and I am so glad I got to witness his natural abilities a good number of times. From a long string of incredible singles on Jamaica’s Jaguar label, “Happy Christmas” is Toots’ blissful contribution to the holiday season. Backed by ska-calypso-soca masters Byron Lee & The Dragonaires, Toots breaks things down in biblical terms: “Our Father is the maker of Mary, and Mary is the Mother of the Son. The Son is a blessing from the Father, so let’s hear thanks and praise.”

The Last Word: If you love these songs, please buy physical copies if you’re able. Spotify, Apple Music/iTunes, YouTube, and other streaming services are great tools, but streaming doesn’t pay artists a living wage. We want these amazing folks to keep making the music we cherish and give music the value it deserves.