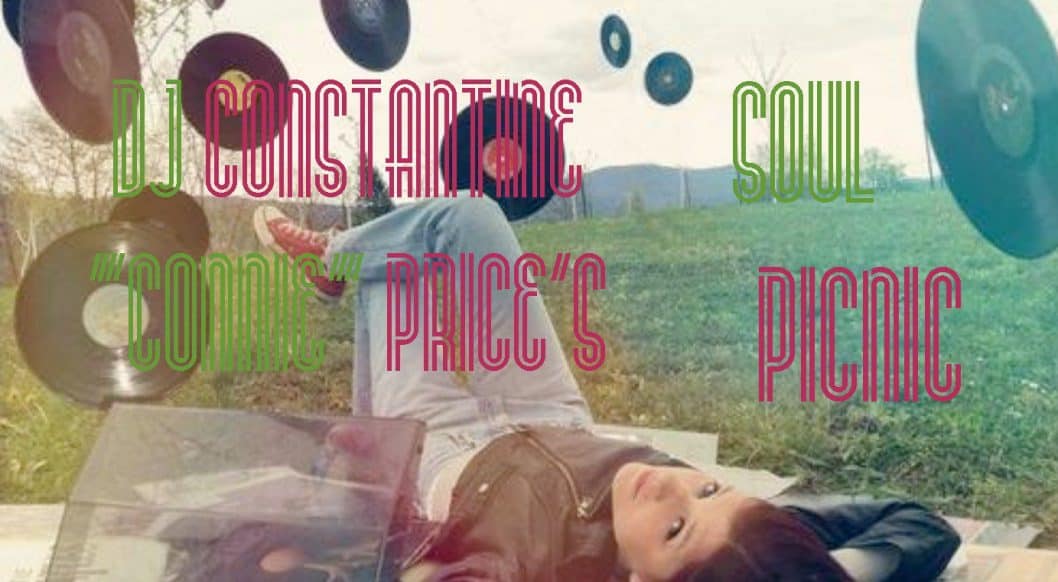 Hey everybody, my given name is Dan Ubick.  I’m a music producer, musician, record collector and part time writer from California, also known as Constantine “Connie” Price when I get behind the drum kit or spin records.  I love all kinds of music regardless of genre or era but, full disclosure, I do have an ongoing love affair with the late 60’s and early 70’s.

I am here today because my mission, on behalf of my brother Scott “Sourdough” Power and Not Real Art, is to share with you once a month songs that have been catching my ear.  Flavorful dishes from the kitchens of the my favorite musical chefs if you will.

I am lucky to have so many amazingly talented people in my life that are as obsessed with music as I am, constantly getting turned onto things that make me go; “how have I never heard this??”  These monthly playlists will be me trying to return the favor.  I hope you find your new favorite song here and it makes you smile, felt understood or keeps you positive.

Pop on some headphones, wire yourself into a good amplifier and speakers or go hunt down the original copies and your local record store and get the full effect.  These tracks all deserve it.

First up is an alternate take of the 1955 classic by one of Etta James’ biggest influences, Johnny “Guitar’ Watson, and you can hear that influence of phrasing on a song like “These Lonely Nights".  I really only knew about the “Real Mother For Ya”-era of Watson’s until my friend Chris Dowd turned me onto some of Johnny’s Modern Records sides including this song.  The original version is great too but this take is just heavier and nastier – from the grit in Johnny’s lead vocals and the horn section to the attitude in Johnny’s absolutely wicked guitar solo.  I wish someone would press a 45 of this alternate take cause I would play it all the time.

Houston, Texas’ Chris Whitley made producer Daniel Lanois’ head turn when he first saw him at Mondo Cane in New York City and then continued to turn heads until his untimely death in 2005. Whitley’s life busking on his resonant Dobro guitar after a steady diet of “race radio in the South” growing up gave him a unique yet timelessly soulful voice that should be more widely known than it is.  Soul for days.

Ian MacLagan was in a few bands you might have heard of; the Small Faces, the Faces and The Rolling Stones.  After watching countless interviews and footage it’s easy to tell why –  “Mac” always played the right notes on piano, Hammond organ or Wurlitzer and he was just a fun bloke to have around.  His easy manner brought him to Austin, Texas where he started his own Jump Band, made lots of friends and sadly passed in 2014. I know a couple people who got to hang with Mac a bit and from both accounts he was one of those guys that just made you feel good being around him. The man loved deeply –  “Never loved anyone, I never loved anybody..but you baby.  Never been lucky baby, I never bet winners…but I’ll never say never again.”    RIP Mac.

Harlem born Henry Saint Clair Fredericks came from a musical family; his mother a member of a local gospel choir and his father, who died tragically, was a gifted Afro-Carribbean jazz arranger and piano player.  Adopting the stage name Taj Mahal, after dreams about Mahatma Ghandi and social tolerance, it became instantly apropos as Taj has proved to be a monumental talent continuing to share beauty with the world.  Check out this funky take on blues legend Sleepy John Estes’ classic “Leaving Trunk” from his first LP on Colombia.

Initially started as a vehicle for Atlantic session ace Duane Allman, Johnny Jenkins’  LP “Ton Ton Macoute” (literally "Uncle Gunnysack" or Boogeyman in Haitian folklore) became a sought after collectors item.   After sessions backing everyone from Aretha Franklin, Wilson Pickett, Clarence Carter and King Curtis, Allman put together this band of future Allman Brothers Band members Berry Oakley, Jaimoe and Butch Trucks and a few others and recruited bandleader Johnny Jenkins to sing.  The results are a swampy, voodoo stew with the crew taking on songs by Dr. John, Sleepy John Estes (the very song above), Muddy Waters and John Lee Hooker.   Allman ultimately abandoned the project and re-united with his brother Gregg to form The Allman Brothers Band and take over the music scene.

I heard this next song come on the radio late night coming home from a gig a few years back and had to pull over it was so beautiful.  Hailing from Nashville, Tennessee, singer Rayland Baxter is the son of one time Dylan guitarist Bucky Baxter and is currently signed to ATO Records.   “Yellow Eyes” wears its torn heart on its sleeve and perfectly captures that feeling of laying on the grass and looking up at the sky.  He loved her deeply but had to move on like the clouds and broke her heart.  “Now it’s time I get to going, now its time I get to find my own way and I’ll leave you lonely."

When singing drummer Joshua Tillman left Seattle verb-drenched, heavenly folk harmonizers Fleet Foxes I was gutted.  “Helplessness Blues” and their self-titled Sub Pop LP floored me when I first heard them.  But when my friend Steve Crystal played me “Fun Times In Babylon” from Josh’s newly recorded Father John Misty persona I was once again blown away.  "I would like to abuse my lungs, smoke everything inside with every girl I've ever loved.  Ride around the wreckage on a horse knee-deep in mud. Look out Hollywood, here I come”   If that’s not an entrance I don’t know what is.

While we are on the subject of Fleet Foxes I’ll use this opportunity to play this cut from their second full length “Helplessness Blues”. The feeling of being left behind is one we can all relate to and Pecknold’s vivid metaphors swirl around like an uneasy, blustery afternoon.  “So, guess I got old, I was like trash on the sidewalk.  I guess I knew why, often its hard to just just sweet talk.  I was old news to you then.”  Dang Lorelai!  Cold blooded.

Irish singer-songwriter-musician Hozier gained widespread popularity with his hit song “Take Me To Church” but it was this hauntingly beautiful, fingerpicked ballad about domestic violence that pulled me in.   "The way she tells me I'm hers and she is mine.  Open hand or closed fist would be fine. The blood is rare and sweet as cherry wine.”  Truly one of the most powerful songs I’ve heard in a long while.   The video featuring a subtle yet powerful performance by actress Saoirse Roanan is spellbinding.  Tom Waits once said; "I like beautiful melodies telling me terrible things." Side note: Hozier decided to donate all proceeds from this single to a series of international domestic abuse charities so go download it now.

Neil Young—“If I Could Have Her Tonight”

From dysfunctional relationships to more healthy ones I give you this gem of a song.  Neil Young is probably the most familiar artist on this months list but even Neil has some deep cuts that not enough people know about.  Case in point is this aching love song from Neil’s first solo LP after leaving Buffalo Springfield, so vulnerable and romantic plus one of the best album covers ever.

“5” is Cale’s first LP to feature guitarist and future wife Christine Lakeland which may be one reason the majority of songs are dominated by lustful themes.  On “Boiling Pot” he sings; “She keeps me hot, like a boiling pot, she whispers in my ear, let’s do it right here”.  Pretty much one of the sexiest choruses ever recorded and one of my favorite songs  (of many) by the late great reclusive Okie master songsmith.

5 is Cale’s first LP to feature guitarist and future wife Christine Lakeland which may be one reason the majority of songs are dominated by lustful themes.  On “Boiling Pot” he sings; “She keeps me hot, like a boiling pot, she whispers in my ear, let’s do it right here”.  Pretty much one of the sexiest choruses ever recorded and one of my favorite songs  (of many) by the late great reclusive Okie master songsmith.

Gladys Knight & The Pips—“Giving Up”

Written by Van McCoy “Giving Up“ was also beautifully done by Donny Hathaway on his debut LP but this horn heavy version that Gladys Knight and The Pips got onto magnetic tape is hard to beat.  Gladys sings with so much passion and soul here, making you believe she is the main character in the lyrics. The drums on this track are about as menacing as you can get with brushes.  Another great example of production, talent, songwriting and arrangement coming together perfectly.

As we are all heading into the holidays I thought I’d include a couple of my holiday favorites to wrap up the year.  The Soulful Strings is the musical offspring of bassist and arranger Richard Evans, who was at the helm of Chicago’s Chess Records offshoot Cadet. Evans produced and arranged LP’s by harpist Dorothy Ashby, Ray Bryant, Ramsey Lewis, Odell Brown & The Organizers and many more and always used Chicago’s first call session musicians so everything on Cadet grooved like a mother.  Anyway, this gem propelled by funky drummer Morris Jennings, Jr. is probably one of the funkiest Christmas songs you’ll hear.

As we are all heading into the holidays I thought I’d include a couple of my holiday favorites to wrap up the year.  The Soulful Strings is the musical offspring of bassist and arranger Richard Evans, who was at the helm of Chicago’s Chess Records offshoot Cadet. Evans produced and arranged LP’s by harpist Dorothy Ashby, Ray Bryant, Ramsey Lewis, Odell Brown & The Organizers and many more and always used Chicago’s first call session musicians so everything on Cadet grooved like a mother.  Anyway, this gem propelled by funky drummer Morris Jennings, Jr. is probably one of the funkiest Christmas songs you’ll hear

Gonna leave you all with the high water mark of holiday songs by one of the best singer/songwriter/musicians ever to do it, Chicago’s Donny Hathaway.  On the off chance you don’t know this song I am so glad to get to introduce it to you.  Hathaway was a trained classical pianist and arranger but had so much soul welling up inside of him it ended up being too much for him.  Guitarist Phil Upchurch, who has played on records by The Impressions, Michael Jackson’s “Off the Wall”, Chaka Khan, Dizzy Gillespie, The Soulful Strings as well as Donny himself, called “This Christmas”;  "absolutely the premiere holiday song written by a African American.”  Amen to that and RIP Donny.

May 2021 bring peace and love.  I will be back with more music for you that is for sure! 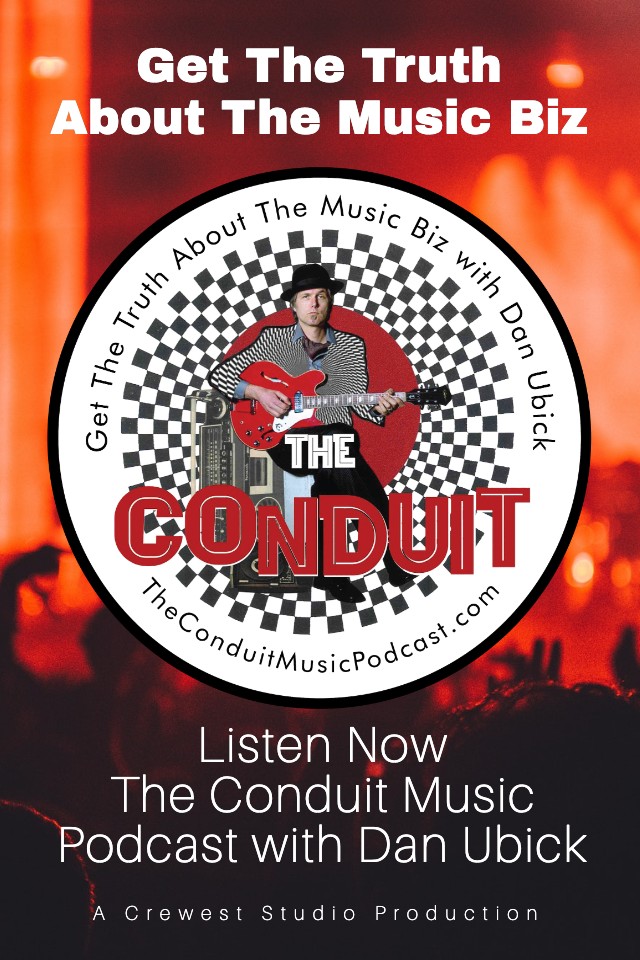