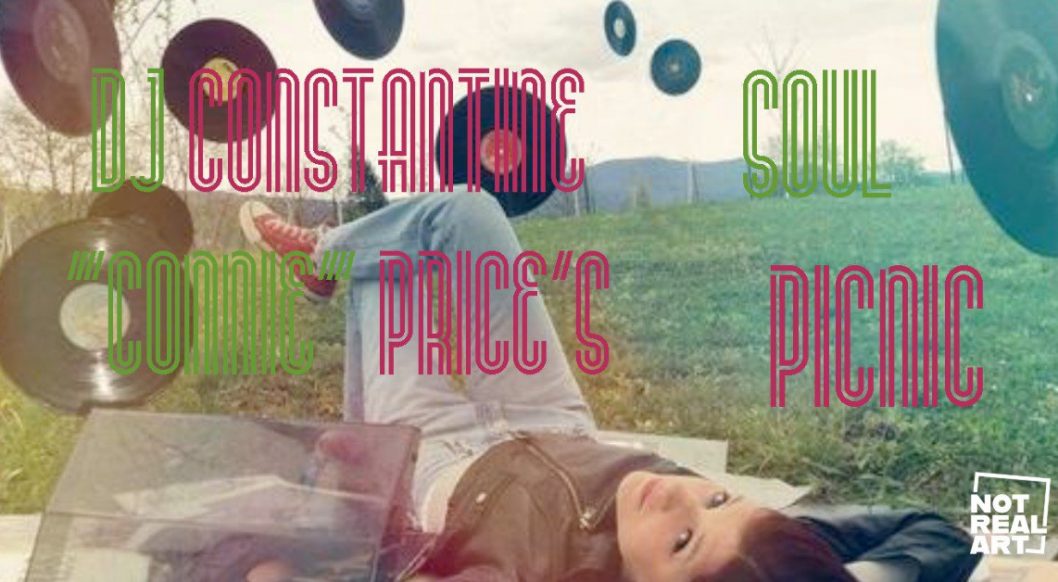 With fires and high temperatures plaguing the West Coast all through this summer, I thought we could all use a bit of a cool off, if only musically…a “rain dance,” as it were. Though the term “cool jazz” implies artists like Miles Davis, Dave Brubeck, Gerry Mulligan, Chet Baker, and Art Pepper and the music they laid to magnetic tape in the 1950s, I’m going to stretch the boundaries here just a bit and dip into the 60s (and in one case, the early 70s) with folks like Cal Tjader, Art Blakey, and Vince Guaraldi. I’ll include some tunes that are just plain relaxing on hot days, regardless of era, as I sip on an iced Arnold Palmer and kick my feet up. So pop on some headphones, wire yourself into a good set of speakers, and go hunt down the original copies on vinyl from your local record store for the full effect. These tracks all deserve it.

Stay safe out there everybody, and more importantly, stay cool.

The LP Elegant Soul was released in 1968 on Blue Note Records with orchestral arrangements by Monk Higgins, who also listed Bobby “Blue” Bland, The Chi Lites, Junior Wells, Etta James, and Muddy Waters in his credits. However, it’s the gentle touch of pianist Gene Harris that is truly the thirst quencher of this musical oasis in the middle of the desert.

Two singular voices on their instruments recorded live in Antwerp, Belgium, on August 16, 1974 during Jazz Middelheim, sounding like they’d been playing together forever. Filled out by the tasteful brushwork of drummer Marty Morrell and the upright legato licks of bass man Eddie Gomez.

The raw beauty of the original soundtrack to Black Orpheus by Antonio Carlos Jobim and Luiz Bonfa is a masterpiece, but the Jazz Impressions of Black Orpheus by pianist Vince Guaraldi’s Trio is as equal a triumph. The sensitivity from Guaraldi, bassist Monty Budwig, and drummer Colin Bailey brings an entirely different, rich layer to the compositions that only adds to the mystique. Side note: If, like many of us, you watched A Charlie Brown Christmas growing up, you already know the beautiful piano playing of Vince Guaraldi.

The Modern Jazz Quartet really carved their own niche by “specializing in elegant, restrained music that used sophisticated counterpoint inspired by baroque music, yet nonetheless retained a strong blues feel. Noted for their elegant presentation, they were one of the first small jazz combos to perform in concert halls rather than nightclubs,” according to their Wikipedia page. 1965’s The Modern Jazz Quartet Plays George Gershwin's Porgy and Bess LP on Atlantic is a testament to the group’s musical dexterity and creativity, interpreting Gershwin’s masterpiece with exquisite, swinging beauty.

The Dave Brubeck Quartet—“Three To Get Ready”

Taken from Brubeck’s mega selling Time Out LP (featuring the hit single, “Take Five”), “Three To Get Ready,” which tops the B-side, is about as cool as you can get. Brubeck’s piano comping provides a playful foundation for tenor man Paul Desmond’s relaxed improvising, switching effortlessly between standard time and waltz time.

I had to put one uptempo song in the mix here so we can all get up, shuffle into the kitchen, and refill our drinks. But even with its bebop melodic leanings, the way Chet Baker and Art Pepper play here is just so relaxed, and dare I say it again, cool. Many thanks to my brother James King for turning me onto this many years ago.

When vibraphone master Cal Trader teams up with tenor sax legend Stan Getz, pianist Vince Guaraldi (yep, him again), Scott LaFaro on bass, Billy Higgins on drums, and Eddie Duran on guitar, the results wash over you like a cool shower on a hot summer day.

Alright, I’m gonna come right out and say that I have a hard time getting enough Cal Tjader in my life, so here’s another gem for you. “September Song,” from Tjader’s Latino Con Cal Tjader LP, is sultry like early evening, when things are just starting to cool down. Setting the Afro-Latin mood are conguero supreme Mongo Santamaria and drummer Willie Bobo, playing with such restraint, yet firmly “in the pocket.”

A classic everyone should know from Miles' landmark, top-selling Kind Of Blue LP. Miles, Cannonball Adderley, John Coltrane, Paul Chambers, Jimmy Cobb, and Wynton Kelly give us the watermark on just how free and elegant improvised music can be. Was “Freddie Freeloader” a Philly bartender, a fan that continually dined and dashed, or an ode to Red Skelton’s famous hobo clown character? We might never know but we do know one thing—these cats could play.

Taken from a novelty record named after the infamous Chicago groupies who used plaster of Paris to memorialize the manhood of music’s most famously well-hung, including Jimi Hendrix, “Lanoola Goes Limp” could be a lost, late-60s Cannonball Adderley Quintet track. Funky and laid back with horn parts to die for, this Bob Thiele production on Bluestime/Flying Dutchman always turns heads, and one I have the mighty Large Professor to thank for.

Birth Of The Cool was a compilation LP released by Capitol in 1957 and features seminal recording previously found only on 78 rpm 10” records from 1949-50. I love “Godchild” for Kenny Clarke’s swinging drums and it’s playful horn arrangement of tuba, French horn, trombone, tenor saxophone, and of course trumpet, courtesy of the King of Cool himself.

I’ve loved the visual of throwing coins into a fountain to make your wildest wishes come true since childhood, but it’s even more romantic when the “Three Coins in A Fountain” (written by Jule Stein for the film of the same name starring Clifton Webb, Dorothy McGuire, and Jean Peters) is the Trevi Fountain in Rome. Esprimere un desiderio!! (Make a wish!)

Verve Records seldom disappoints and this gem from 1957 is no exception. “That Old Feeling” features Stan Getz on tenor saxophone and Gerry Mulligan on the baritone saxophone supported by the intuitive rhythm section of Stan Levey, Ray Brown, and Lou Levy. Put on your Wayfarers and unbutton a couple on your button up.

Famous for his contrapuntal compositions and the classic tune “Line Up,” blind Chicago pianist Lennie Tristano was often cited as being way ahead of his time, playing with beboppers like Charlie Parker, Dizzy Gillespie, and Max Roach in the late 1940s. However, “You Go To My Head”—featuring Tristano’s former student alto saxophonist Lee Konitz—from his Live In Toronto 1952 LP is the perfect bookend to our musical cool-off of a playlist: Gentle, sympathetic, most definitely swinging, and without a doubt, cool.