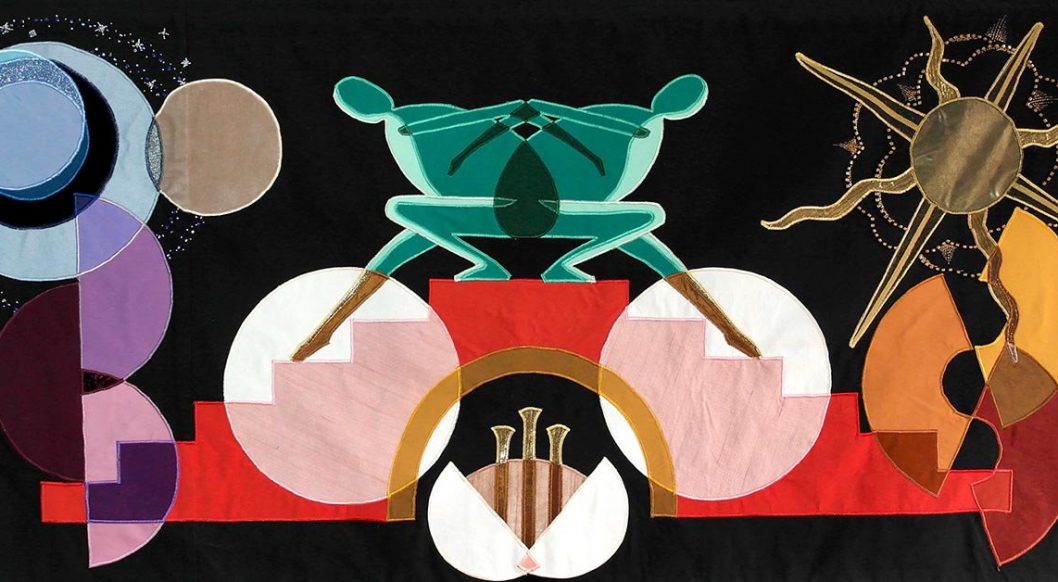 “My aim is to change the perception of how women-led craft and Appalachian folk art is viewed,” says maker Dre McLeod. “Why can't it serve as a valuable means of art and expression the same way painting and sculpture has for centuries? Or as when men experiment with the same traditional craft-as-art?”

The Ohio-based artist, who grew up in the Appalachian region of West Virginia where craft is a prominent part of the culture, makes abstract textiles in the vein of Hilma af Klint. Craft and folk art has long been separated from fine art, but Dre has a mission to change the stereotypes surrounding her chosen mediums. “Attempting to make craft into fine art is always alienating! Especially as a woman,” she tells NOT REAL ART. “I often see men working with quilting and fiber receiving exhibitions and accolades, but it seems harder for women to receive recognition for the same.”

Crafted from repurposed or found materials, Dre’s textile work is guided by her belief in sustainability and ecological responsibility. “Care for Earth and concern for climate change drives my choice of media,” she says. “Because climate change negatively affects the most vulnerable among us, the use of repurposed materials […] becomes a process of empathy and equality.” Dre’s use of upcycled materials reduces waste and breathes new life into discarded textiles, which she transforms into pouches, pillows, custom tapestries, and vintage jean jackets.

Playfully blending representational and abstract symbolism in her work, Dre adopts a whimsical yet purposeful relationship with shape and color. She tells Columbus Monthly, “I feel like I use a lot of symbolism, and not cultural symbolism, but more personal, like, ‘This shape means this to me.’” Driven by an intimate connection with the medium, Dre’s heartfelt work argues for the dissolution of arbitrary divisions between craft and its old frenemy, fine art.

“Attempting to make craft into fine art is always alienating! Especially as a woman.” — Dre McLeod