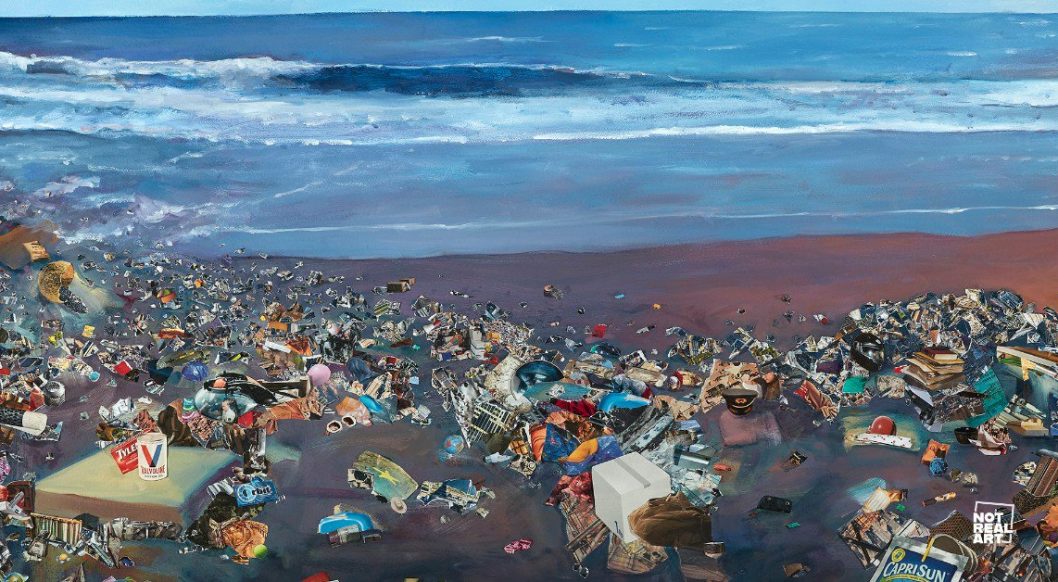 Gravity can’t tether Elena Soterakis’ eco-conscious artworks to Earth. As an artist and founding member of Beyond Earth, “a woman-led transdisciplinary artist collective that explores the frontiers of art, space, and biology,” Soterakis creates and sends multiple pieces of her artwork into space. Bon Voyage!

Using a blend of scientific and artistic research, Soterakis and her collaborators prep their digitized artworks for orbit by storing them in encoded DNA sequences. To Space, From Earth—a recent Beyond Earth project aboard the International Space Station—includes Soterakis’ painting, “Better Morrow, a work also included in the artist’s ongoing Ecocide series. Referring to the Earth as “she” in the series’ artist statement, Soterakis views the planet as a “living, breathing, sentient being.” The artist compares the destruction of this sentient being to homicide, titling her four-part series in homage to the Earth’s deliberate murder by way of pollution. Included here, Ecocide I comments on “unchecked consumerism, corporatism, and extractive industries.”

Soterakis “seduces the viewer” by replicating the color palette and style of Romantic and American Impressionist painters—first rendering landscapes in oil paint, then harshly disrupting them with cut-and-collaged consumer waste. This dysfunctional marriage of oil and paper is a purposeful choice, as Soterakis’ work comments on the disastrous effects of the oil industry and poor waste management.

“My art is a call to action against our throwaway society and extractive industries in an era of environmental neglect,” she explains in her artist statement.

Soterakis’ oil paintings show swirling, blazing skies depicting impending fires, the eye of a hurricane, and angry shore lines—realities of living in the 21st century and consequences of overconsumption and neglect. Mother Earth is rightfully pissed off with the way she’s been treated.

“My art is a call to action against our throwaway society and extractive industries in an era of environmental neglect.” — Elena Soterakis