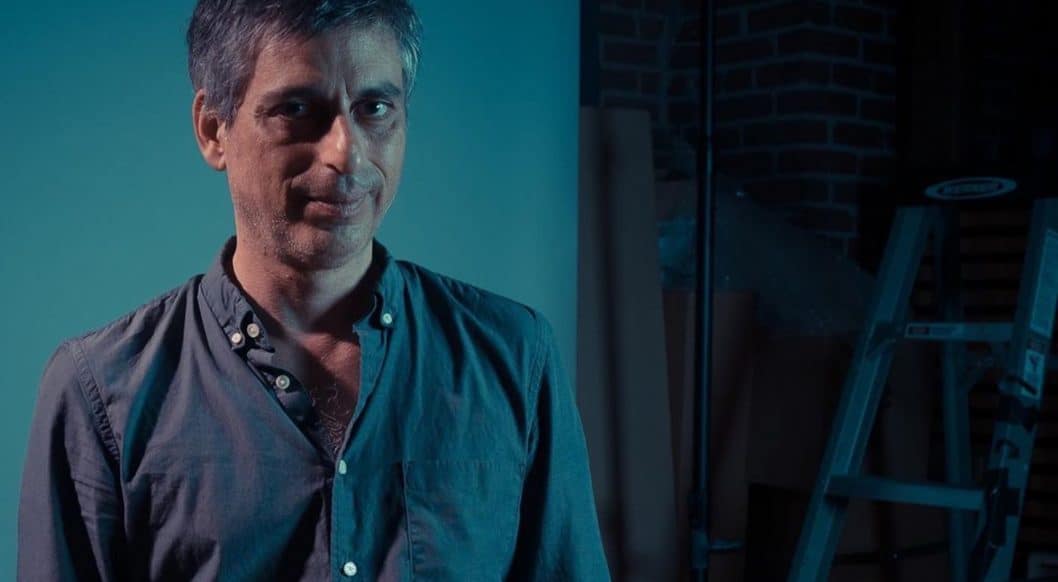 “I like my work to be thought of as almost irrational.”

2020 Not Real Art grant winner, Gershon Kreimer, grew up in Lima, Peru and attended a conservative Jewish school. “I was kind of the crazy one at school. I wasn’t interested in business or being a doctor. My passion was film. Also, I was the only one in the school that smoked weed.”

Kreimer holds a Bachelor of Fine Arts degree from New York University. He describes his first year in New York as a big shock. “The first year was very difficult. I didn’t really understand the city. It was a bit overwhelming and lonely. The second year, I started to settle and that was one of my most creative years and I started with the work that I’m doing now. Then New York became this big, wonderful playground.”

“I had been avoiding that term for many years. I felt embarrassed to call myself an artist. I didn’t feel it. Then sometime in 2012, I was in front of some people, and for the first time, I referred to myself as an artist. It was quite liberating.”

Now, Kreimer’s work has been shown in numerous exhibits and private collections around the world including Los Angeles, New York, London, Miami, Mexico City, and Peru. His website describes his work as:

“conceptual nudes – stark, unadorned and unabashedly austere; ensure that the emotional connection with the viewer of every image remains intact, integral and entirely reflective of both Kreimer and the subject. Kreimer’s images, stripped away of any distracting adornments, are testimonies and tributes to the power of a singular emotion.”

Kreimer compares his artistic process to the Greek play, “Bacchae” by Athenian playwright, Euripides. “I like my work to be thought of as almost irrational…Dionysus is a character that creates catharsis… I’m always talking to the subject. It is like this flow of consciousness. I don’t tell them how to pose, but suggest ideas and emotions to which the body will react. And if it’s an involuntary reaction – even better.

“The goal is to reach an automatism of the body… something the subject never thought they would be capable of doing. Something completely new for them. It’s not posing and is never about the pose, but catharsis of the body.

“I work in different series and each series is all about hiding. I like to be a photographer that hides… I want the images to create an emotion in the viewer in some way, especially if there’s a mystery to it. All the work that you see on my website now, except for one picture from 2016, everything is 2019 to 2020. I got rid of most of the work that I’ve had in that series because now I’m just hinting at the subject and I’m hinting at the emotion.”

“I think photography is one of the laziest arts…”

When asked about the influences mentors and critics have had on his work, Kreimer recalls one in particular, “He was one of my harshest critics and I have great respect for this guy – his name is Boris Frumin. He was a Russian professor and now he’s the Dean of Graduate Film School at NYU. He was my teacher. I’m a very lazy person. I think photography is one of the laziest arts and in that way, it’s good for me. But he always demanded that I work hard and he taught me how to look at something, and how to judge an image and how to produce a good image.”

Gershon Kreimer + The impact of COVID-19

“My work is very collaborative. I work with subjects. I don’t paint. I don’t sculpt. I take pictures. So that’s ended of course. But that has caused me to reexamine all the work and try to look at it in a different way, reevaluating it and looking at it with different eyes. I’m finding some interesting stuff in the sense that I can manipulate it and turn it into something other than the original intention. So that’s always interesting, but it’s also very frustrating because I can’t create fresh new work. I love the process of shooting. The process of shooting is very cathartic for me.”

The critical voice and magic mushrooms

Kreimer is no stranger to the critical voice and says that magic mushrooms “work wonderfully. It’s like a reset. I’ve suffered from depression in the past and they have helped me quite a bit. Psychedelics have helped me to face this voice. I’ve done psychotherapy for 15 years and yes, you can understand your problems in an intellectual sort of way. But this emotional confrontation – this cathartic confrontation with yourself only happens with psychedelics, I think.”

“I don’t have one favorite piece of work, but I have some favorites for very specific reasons in the sense that each one was a step towards a direction that I wanted to go. One of them is called Still Life from 2015. 2015 was an important year for me technically, because I changed cameras. I went from full-frame to medium formats. I believe that improved my work radically. The idea was always there but I guess the difference is like painting in acrylics and painting in oils. There’s a certain richness, a certain depth to medium format, that full frame can never achieve. Still Life is one of those first pictures and is specially printed as a 64 x 48-inch print. It almost feels like you can enter it.”

The best thing about being an artist…

“The best thing about being an artist is playing like a child. There’s nothing quite like it, especially when you make something that you think is good. When other people see it and appreciate it, whether they buy it or not, its value is wonderful on so many levels, because you have produced something that is completely useless, that has created this aesthetic experience, which is strong enough for this person to pay a certain amount of money in order to inhabit its presence.”

When asked what he’d most like to say to the world at this moment, Kreimer replied, “Stay sane, please.”