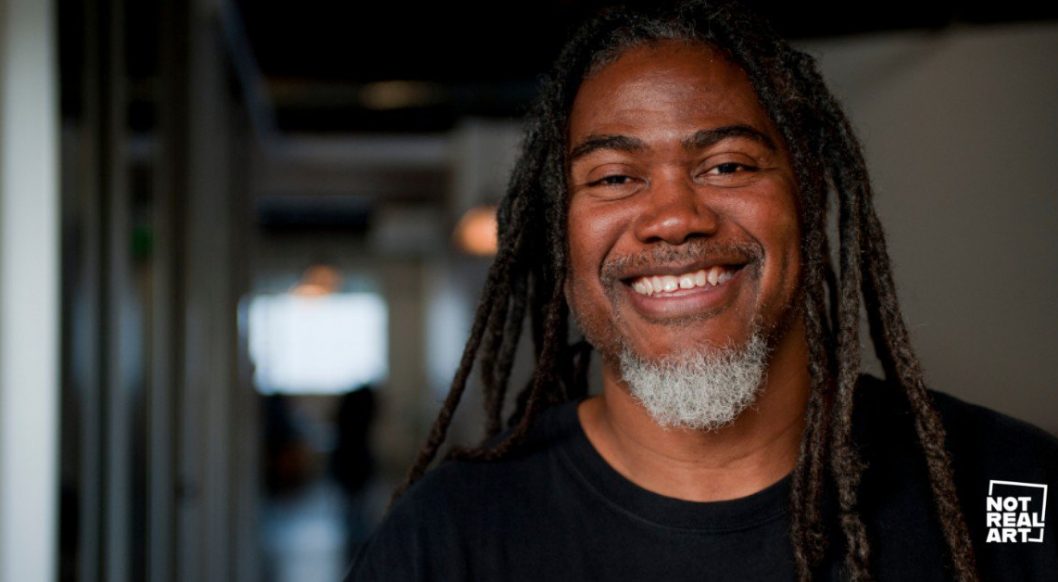 Today on Not Real Art, we are joined by the one and only Jimmy Smith from Amusement Park Entertainment (APE), an advertising legend who has been in the game since 1985. He got his start working on the Nike ‘Just Do It’ campaign and his career has included stints at Wieden & Kennedy, where he created ‘Book of Dimes’, an ad starring LeBron James and Bernie Mac for Nike; BBDO, where he served as Executive Creative Director for Motorola; and TBWA/Chiat/Day L.A., where he was Group Creative Director for Gatorade.

In 2012, Fast Company named Jimmy one of the Top 100 Most Creative People and, in today’s episode, he shares with us the power of ideas and why it’s so important for creatives, especially creatives of color, to treat their ideas as precious resources. We also discuss the difference between making an ad and creating a piece of culture that lives on long after the campaign is over and Jimmy shares the incredible story of how he convinced Luke Aikens to jump out of a plane without a parachute for Stride Gum in 2016. For more awe inspiring stories from a true creative force to be reckoned with, make sure not to miss this episode with Jimmy Smith!

“Jo Muse [said this] thing that I carry with me to this day: think the unthinkable, do the undoable and, above all, make the motherfuckers sweat.” — @JimmySmithAPE [0:42:09]

“What do you do in an ad? I’ve got to go pee. I’ve got to go make a sandwich. Let me go handle this and, as soon as that ad block is done, I’ll be back and sit down and watch whatever [it is I was watching]. But if it’s a piece of culture that resonates, I’m not going anywhere. I’m interacting with whatever that thing is. I don’t want to see it just one time and then the commercial is gone. I’m going to YouTube or, if it’s a movie, I’m going to watch Space Jam.” — Jimmy Smith

“Space Jam is just a giant ad campaign, [like] Lego movies, and Star Wars. I’m sure they make more money off the video games and the t-shirts than they do off the actual movie. There are large advertising platforms and if you can catch that wave, create that wave, and then ride that wave, it lives until Jesus comes.” — Jimmy Smith [0:36:46]

“There are a trillion times a trillion things that you think are impossible, but it just takes that person who has that spark [to say], ‘Actually, we might be able to do that!’”— @JimmySmithAPE [0:43:40]