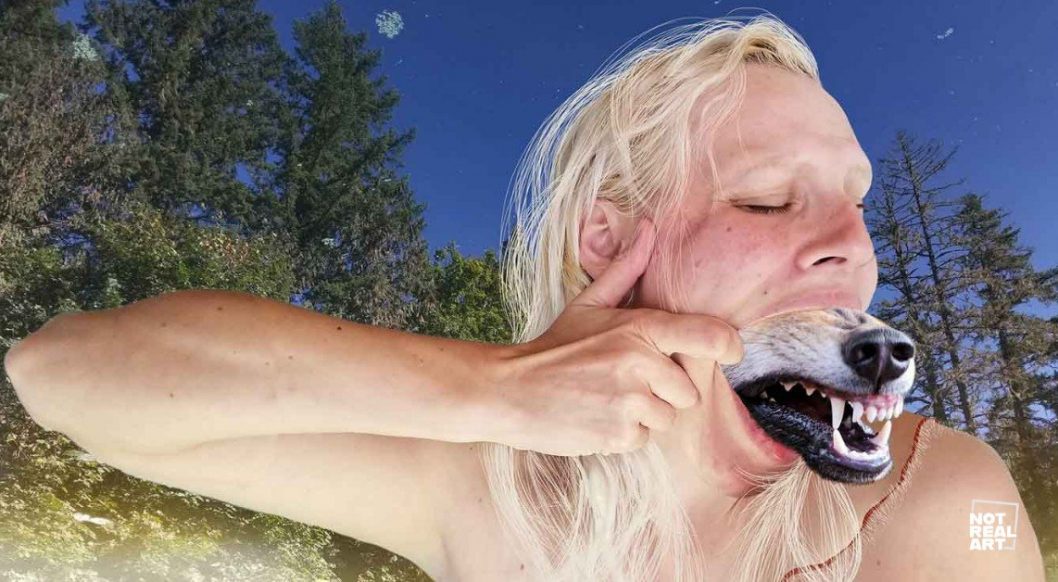 Julia Oldham’s ‘She-Wolves’ Get Their Moment in the Moonlight

Sweating over a sexy vampire? Chances are your fanged crush could be either male or female. But If meat-flavored drool and excessive body hair are more your thing, you’re probably lusting after a bonafide wolfman. Emphasis on man.

“The horror trope of the werewolf in movies and literature has been overwhelmingly masculine,” says multi-disciplinary artist Julia Oldham, whose photographic series She-Wolves examines the genre’s gender imbalance. While the Oregon and NYC-based artist notes the recent rise of female werewolves in pop culture—think Katharine Isabelle’s death-obsessed high schooler in Ginger Snaps or Angela Carter’s beautiful and bawdy stories from The Bloody Chamber—her work pushes the idea to extremes, refusing to objectify its subject matter in exchange for audience hoots and howls.

“She-Wolves reflect the discomfort of being something that society doesn’t expect them to be,” says Oldham, who created the series in 2017 by digitally manipulating her photographic self-portraits. She adds: “They are awkward and self-conscious.” They’re also covered in body hair, and blessed with at least one too many breasts for a human woman to comfortably wear a bra. As Oldham says, she likes to “pervert expectations” when it comes to portraying the so-called fairer sex.

Borrowing liberally from Clarissa Pinkola Estés’ iconic Women Who Run With Wolves, Oldham bites back at the idea of controlled feminine ideals, replacing them with radical self-acceptance and humorous vulnerability.

“She-Wolves reflect the discomfort of being something that society doesn’t expect them to be.” — Julia Oldham

Want to be featured in Lightbox? Email editor@notrealart.com with a short introduction and a link to your online portfolio.