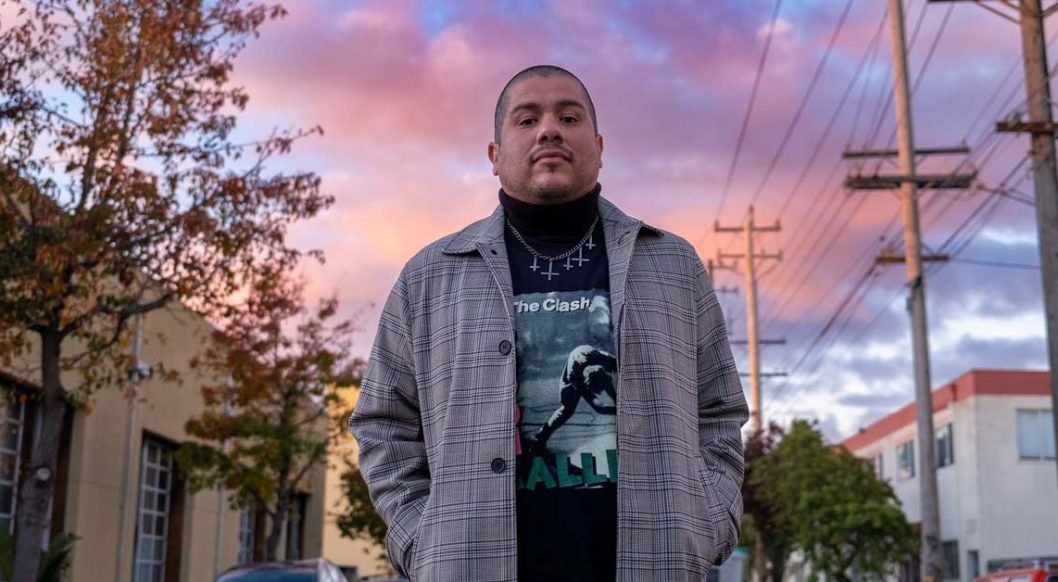 ‘We’ve Been Trying to Prove Our Humanity For Years’: Julio Salgado Illustrates His Life as an American Dreamer

Every two years, hundreds of thousands of people who came to the United States as children—often referred to as “Dreamers”—complete and sign a series of inscrutable documents with hope their case will be heard.

Under a constant barrage of legal threats since its introduction in 2012, the Deferred Action for Childhood Arrivals (DACA) program offers Dreamers work permits and protection from deportation—for a short 730 days. Then the application process starts all over again.

Julio Salgado is all too familiar with the shaky ground Dreamers often find themselves footing in the US. The Long Beach-based illustrator left Mexico at 11 years old, arriving in California with his family, who frequently visited relatives across the border using legally obtained visitor passports. “Growing up, we were coming back and forth all the time,” Julio explains. “A lot of people who live in border towns go to the US, to either San Diego or San Ysidro, to do their shopping, see family. It's a back and forth kind of thing.”

On one visit, Julio’s seven-year-old sister fell seriously ill. She was rushed to the nearest ER, where doctors told her parents the little girl needed immediate dialysis. Her kidneys were shutting down, and she was dying. “The decision to stay in the [US] was not an easy one for my family,” Julio says of this time in his life. “If we went back, my sister could have died. So it wasn't a matter of finding a better life. We had to stay here so my sister didn't die.”

As his passport expired, Julio tried to make peace with his life in the US. His sister recovered with help from their mother’s kidney, and the two attended school, but Julio felt himself a stranger in a strange land. “At the time I was mad,” he says. “Being an immigrant kid, it means raising yourself, being alone a lot of the time. But I think those alone times were very instrumental for me.” Teenage Julio spent his afternoons absorbing American culture, engrossed in classic ‘90s cartoons that spoke to his new status as an outsider. “I used to watch a lot of The Simpsons and Daria,” Julio tells NOT REAL ART. “If you see my artwork, it's very colorful like that.” Bolded by dark outlines, bursting with Crayola colors, and interrupted by saucy aphorisms (“More dildos, less pro-gun politicos”), Julio’s figurative work refutes the false stereotype of immigrants as low-skilled, poorly educated, and prone to crime.

One piece, created the same year Donald Trump took office, bluntly reads, “No longer interested in convincing you of my humanity.” Julio remarks on the frustration his community feels with the often impossible double standards pressed upon them: “As immigrants, we’ve been trying to prove our humanity for years, yet people still don't see us. You're either a good immigrant that went to school, went to college, and you're the perfect little immigrant. Or you're a bad immigrant who's taking people's jobs, and you're a criminal. So there's never a fully fledged idea of being an immigrant. Immigrants are flawed, we're messy, we're all these things that growing up I saw white people be.”

Fascinated by depictions of the spoiled Manhattanites on Friends and privileged girl Rory on Gilmore Girls, teenage Julio longed for his own slice of the American pie. To be seen as worthy in spite of flaws, like spoon-fed Rachel Green, who remains adored as Friends’ true protagonist. Similarly, bookish Rory Gilmore could do no wrong in the eyes of her Stars Hollow community, despite an arrogant and entitled attitude. “I grew up watching Gilmore Girls and Friends and very white shows where you saw how people are very flawed,” says Julio. “But I have to be perfect because of this choice my parents made? Because they were saving my sister's life? That's why getting our stories out there is important—I want to make sure immigrant kids see themselves reflected in the culture, in the media.”

A New Generation of Storytellers

In 2018 The Atlantic reported on the lack of positive immigrant story lines on TV. The study referenced in the article, conducted by USC Annenberg’s Norman Lear Center and nonprofit Define American, analyzed 143 episodes from 47 TV shows aired in 2017 and 2018. Researchers found that immigrant characters on TV were underrepresented, largely one-dimensional, and handled without the nuances afforded to white characters. Nearly half of immigrant characters in the sample had fewer than 10 speaking lines, and 77 percent spoke with accents (a trait often associated with villainy in television and film). Forty percent were Latinx.

“I think as immigrant artists, it's not our duty to tell these stories—but I've made it my goal,” Julio says, implicitly recognizing the trauma of under- or misrepresentation. As co-creator of The Disruptors Fellowship, an annual program for emerging television writers of color who identify as trans and/or non-binary, disabled, undocumented, or formerly undocumented, Julio invests his hope in a new generation of storytellers. “There are so many undocumented artists with so many amazing stories, so many people who have supported me,” he says. “I want to give back.”

Created in 2019, the Fellowship aims to supply writers with both funds and a robust network of support. “[The Fellowship] is a community that continues to grow,” he says of the program’s third year. “Whether you’re a writer or visual artist, artists need community, and during COVID, everybody needs community. It’s so amazing and cool to work in collaboration with people, read scripts, and give each other feedback. I was so happy to be a part of that […] everything I’m doing now I learned through my community of undocumented artists and activists.”

To underscore his belief in the power of stories, Julio gushes about another popular American TV show from the ‘90s: Will & Grace. “I remember watching this show, and they were gay. I thought, ‘Oh my God, I don't want people to see me watching this, they're going to think I'm gay.’” He pauses for a moment before speaking again. “But I am gay. Will & Grace benefited from the queer cinema and queer art that came before it, but it was almost served on this platter for an American audience who thought they’d never met a gay person. It made them comfortable.”

Julio then shares what he sees as Will & Grace’s secret to success. “One of the co-creators was gay,” he says candidly. “It's really as simple as that. Let the people from our communities tell the stories, and we will tell it right, and we will tell a good story. The stories we can tell are beyond the imagination of somebody who's not experienced what we have.”

All photos published with permission of the artist(s); featured photo: Jesús Iñiguez.