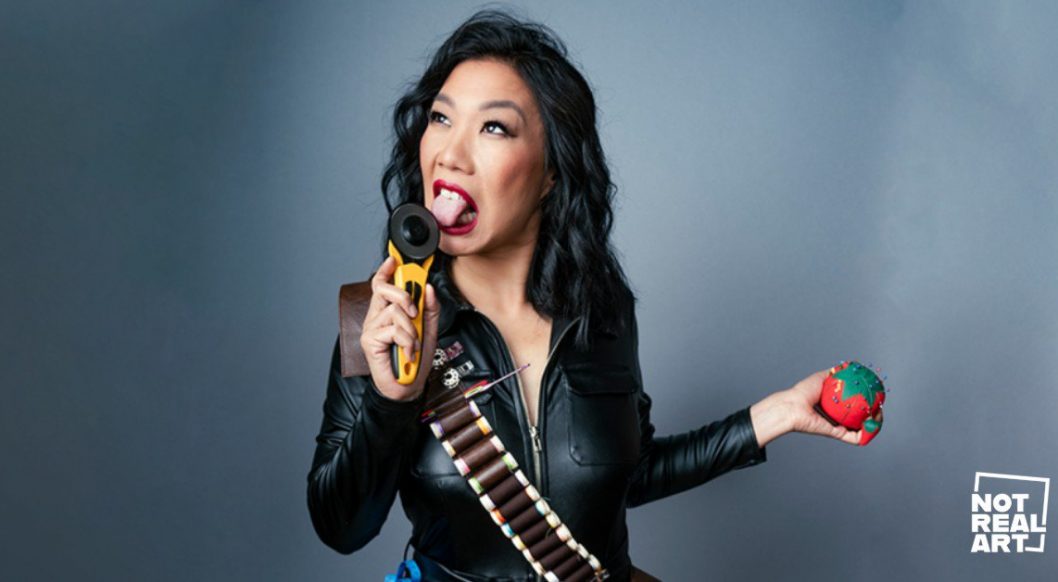 Today, guest host and LA muralist Erin Yoshi is joined by performance artist, comedian, writer, and elected representative, Kristina Wong. Kristina has been featured in the New York Times’ Off Colorseries, highlighting artists of color who use humor to make smart social statements about the sometimes subtle, sometimes obvious ways that race plays out in America today. She has been presented internationally across North America, the UK, Hong Kong, and on the African continent, and has been a guest on late night shows on NBC, Comedy Central, and FX.

Kristina’s work has been described as “brutal but hilarious" and, in this episode, she shares her unique perspective on the intersection between politics and art, martyrdom and mental health, and her Western privilege as an Asian American woman. We also touch on vagina costumes, yellow fever, and Kristina’s love-hate relationship with activism and obsession, plus so much more!

“Who is the real target for being laughed at? It’s not the dead. It is not [the people who] are sick. It is these systems of power, for me, that are not working.” — @mskristinawong [0:37:07]

To learn more about Kristina Wong and how she confronts defunct systems of power through her outrageously funny and highly relevant work, tune in today!

“I ran for office a few years ago because it was clear as a satirist that, once Trump took office, I had no job anymore. We lived in so much real-life satire that I wasn’t clear what was left for me to make as an artist. I was like, ‘Oh, my God, artists and politicians are switching jobs. If they’re going to take my job, I’ll take theirs and I’ll run for office.’ I ran and I now hold a local office in Koreatown. I’m the Subdistrict 5 rep of the Wilshire Center Koreatown Neighborhood Council, which basically means I’m unpaid and go to meetings once a month and I represent my half-square mile.” — Kristina Wong [0:06:05]

“Once Trump took office, I had no job anymore. We lived in so much real-life satire that I wasn’t clear what was left for me to make as an artist. I was like, ‘[Artists] and politicians are switching jobs. If they’re going to take my job, I’ll take theirs and I’ll run for office.’” — @mskristinawong [0:06:11]

“[In] trying to market the show, I would tell venues, ‘This is a great tool to fix this problem,’ but no one show or book or anything can fix it. Mental health is a lifelong journey.” — @mskristinawong [0:17:09]

“I had to learn about the history of Uganda, the history and failure of Western aid to places like Africa and how, sometimes, these efforts need to be led by people on the ground – and we have to listen.” — @mskristinawong [0:24:41]

“We have to relearn the labor involved and respect the labor involved in all our work. So much of what art looks like, it looks so easy – the finished product looks easy – but the drafts, the notes, the grant-writing, [there is also] all that.” — @mskristinawong [0:42:32]