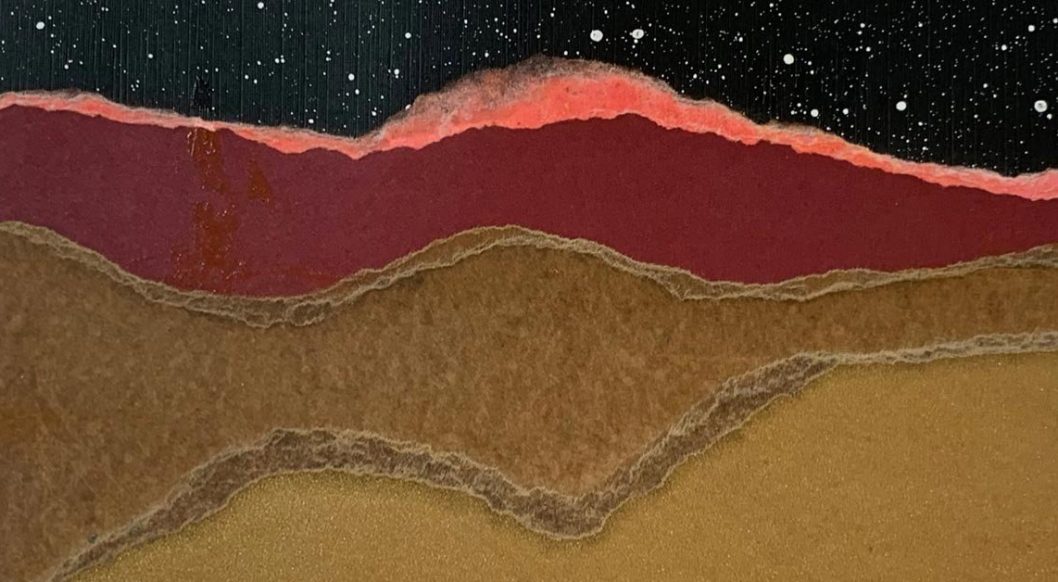 There was a collective jaw drop when NASA released the first images from the James Webb Space Telescope. Launched in 2021, the James Webb Telescope one-ups the Hubble Telescope launched in 1990—“Webb often gets called the replacement for Hubble, but we prefer to call it a successor,” NASA quips—as it picks up on details too faint for Hubble.

Inspired by the images, multidisciplinary artist Linda Dubin Garfield created her Starry Nights series as a nod to star-speckled skies. “I am in awe of the beauty and size of our universe,” she writes in her artist statement. “Light years away and shining so brightly, we can now see so many more stars and appreciate the grandeur.” The Philadelphia-based artist combines collage and hand-pulled printmaking techniques as paper hills leap from the paint-splattered background—vaguely reminiscent of Webb’s Carina Nebula image.

Though the beauty of outer space is overwhelming, it’s not just the stars that capture Linda’s attention. Her “visual memoirs” explore the mystery of memory, the magic of place, and her appreciation of natural beauty. “Nature nurtures and inspires me,” she says. “I combine elements of nature, texture and design along with the magic of the press.”

The combination of traditional printmaking and experimental techniques results in unassuming work that captures Linda’s awe. This duo of techniques lights her up: “My focus on the process, not the outcome, frees me to be experimental,” she admits. “I feel like I am now living out loud, [and] I want to share that passion and joie de vivre with those seeing my work.”

“Light years away and shining so brightly, we can now see so many more stars and appreciate the grandeur.” — Linda Dubin Garfield