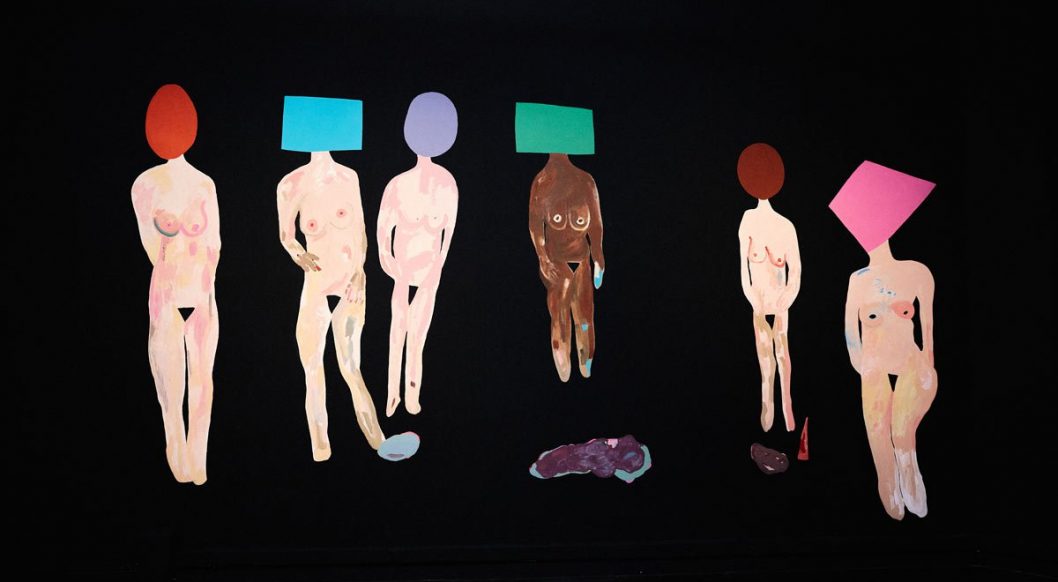 ‘A Multitude of Voices’: Chilean Artist Manuela Viera-Gallo Wants Women to be Heard

Chilean artist Manuela Viera-Gallo’s life started in political unrest. Her father, a Chilean politician, was forced into exile during the dictatorship of Augusto Pinochet. Her parents, exiled in Rome, welcomed Manuela to the world in 1977.

The multidisciplinary artist’s work spans a lifetime of major change, starting with exile, followed by a move to New York City, and eventually, a sweet transition into motherhood. While Manuela’s vibrant paintings are allegorical— even comical— the underbelly of her work dispenses with lighthearted trifles, revealing society’s darkest impulses toward its most vulnerable citizens. She notes in her artist statement: “Lately my attention has been focused on the following issues: the beginning of disassembling patriarchal systems in political and civic arenas and my experience of motherhood and inequalities of being an immigrant Latina in New York City.”

Mesmerized by the nuances of the female experience, Manuela centers her work on women, dissecting their expected and chosen roles. “The protagonist of a woman keeps appearing in my last series of paintings,” she says. “She is characterized as someone who has a multitude of voices: the one who protests, the silenced one, the misrepresented, stuck in the family constellation, the sensual and the one who has to mask behind many shields.”

Manuela’s most recent work is now on display at the Museo de Arte Contemporáneo (MAC) in Santiago, Chile. The exhibition, Get ready for my mango, includes a selection of expressive, fruit-inspired paintings and an immersive mural. A departure from the smaller paintings, “Somos Multiples/ We Are Multiple” fills an entire room, its rows of nude, colorful women emerging from a black abyss.

Get ready for my mango is on view at MAC through October 1. For more information, please visit the museum’s website here.