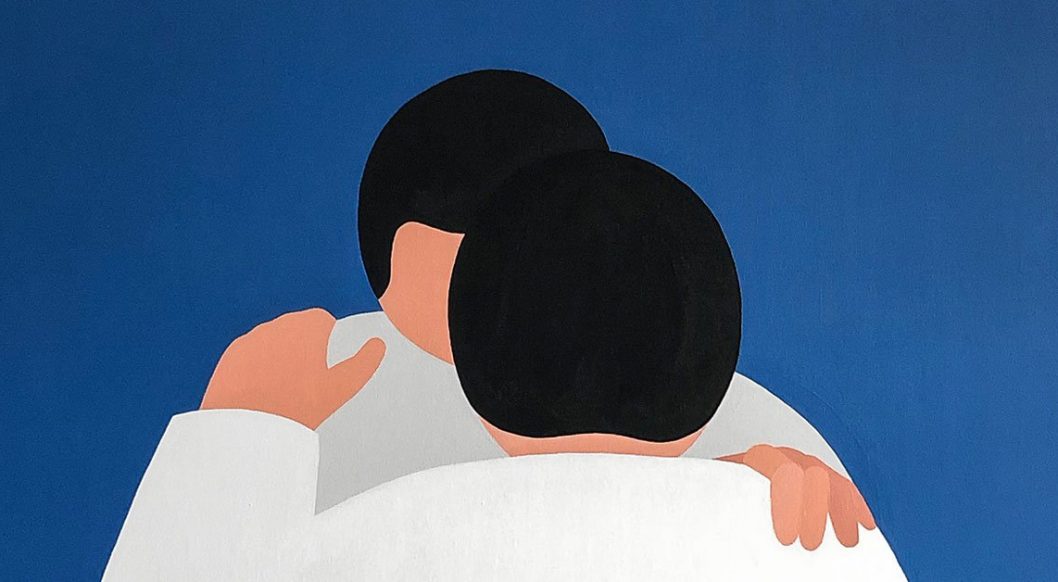 “I don't want to give out all the details,” says Slovenian artist Marko Šajn. “That [doesn’t allow] the viewer to look at the work from an objective point of view and create a story—a feeling of their own.”

Best known for his tangled, embracing figures, Marko is a graphic designer whose spartan style bleeds into his bright color-block paintings and prints. With a focus on draftsmanship, Marko creates clean lines and flat pools of color that soften the parameters of recognition and interpretation. “The human figures that appear in my works have almost no significant features that make them relatable to real life persons,” says Marko, explaining their anonymity allows viewers to see themselves in his work. “The details of who the figure is, what the space surrounding it is, and what their relationship is, however, are left to the interpretation of each viewer.”

While Marko welcomes multiple perspectives, his minimalist designs and primary color palettes usher viewers into a world of bear hugs, grade school wrestling matches, and recess-time rough-housing. Touch is a common denominator in Marko’s work, whether his figures stand shoulder to shoulder, or bend over one another in impossible pretzels. With works like “Crowd,” “Mingle,” and “Beautiful Strangers,” the artist explores the emotional weight of human touch and connection. “I believe that my work is highly emotional, but not in a way that would make the viewer necessarily angry or sad,” Marko says. “It's a sense of inner peace and calmness that I am trying to achieve.”

“I don't want to give out all the details as that [doesn’t allow] the viewer to look at the work from an objective point of view and create a story—a feeling of their own.” — Marko Šajn