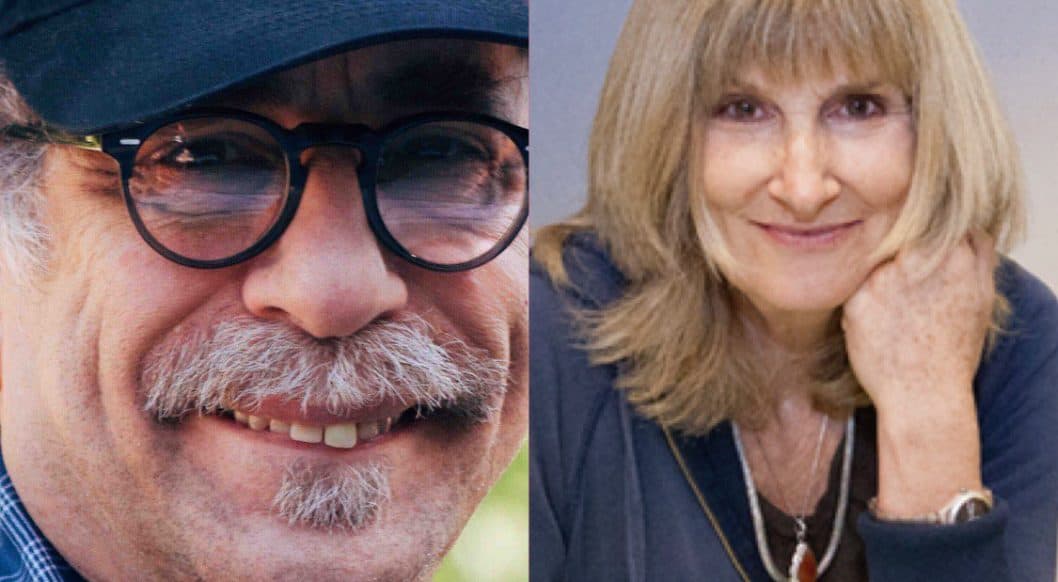 “Indivisible, to me, has always been about protest. In other words, it’s the protective glue of the American experiment that permits people to say what they need to say or want to say about whatever it is they want to say with the knowledge that they will still be included. Of course, it’s aspirational; we’ve never met any of the ideals of our country. But that’s not the point. The point is to reach for it.” — Joshua Wattles [0:14:29.0]

Continuing our conversation with Indivisible 2020 participating artists, today’s guests Mary Sherwood Brock and Joshua Wattle engage in a stimulating discussion filled with passion for the country. Show curator Karen Fiorito joins the two artists, who both have roots in Washington and have been on the frontlines for their whole lives — Mary as an activist, and Joshua as a lawyer and lobbyist for the anti-war movement.

We get into what indivisibility means to our guests, where they both express the aspirational notion of it. While it is easy to dismiss aspirations, it is what keeps hope alive and gives us something worth fighting for. We hear about the work that Mary and Joshua submitted to the Indivisible exhibition and the rationale behind their creations.

Participating in the exhibition aligns with much of the work that both Mary and Joshua have done in and outside of the arts, and we gain insights into their respective activism. We also talk about having hope, where Joshua references history and how America has overcome a lot worse, and why he feels confident the country will come out of this moment stronger. Mary expresses a less than optimistic outlook but still remains hopeful despite it all. The conversation also touches on the erosion of the idea of the collective, the importance of getting back to a place of civil discourse, and the sort-sightedness of American exceptionalism. This was an exciting, rich dialogue filled with many insights, so tune in today to hear more!

“I want us to think of ourselves as family. For me, that’s what that word kind of means as well because in a family, you might not agree on everything, you might not be on the same page on things, but you still come together as a family. And I hope we can start to think about that as a country now. We do have to learn how to talk to each other. We do have to learn how to engage with everybody in a different way. I've spent the last couple of weeks wanting to get out there and educate as much as I can because there’s so much negativity. Everybody's using social media in such a negative, kind of trollish way, both sides. So, I say, let’s educate. Let's reach out. Let's not demean each other. We've got to bring people together and I really feel so strongly that we have to have hope that this is going to get better. And hope is a lot of work.” — Mary Sherwood Brock [1:23:08.0]

Quotes from this episode:

“The country will survive this. We will be stronger because of it, we will move forward, and we will be in such a great position when kids today are old enough to start actually doing shit.” — Joshua Wattles [0:45:54.0]

“We have to all be together. I think now more than ever, we have to adopt this idea of indivisibility within the Democratic Party and work together as a team.” — Mary Sherwood Brock [0:54:11.0]

“Anyone who supports this bozo [Donald Trump] after last night’s debate, is a racist sympathizer, and I think it’s just straight up reality. ” — Joshua Wattles [1:03:41.0]

“My father who was a labor organizer, he always used to say, ‘Every generation has to fight the battle over again.’ There’s no winning. You win a battle but there’s going to be another battle. You just keep fighting.” — Mary Sherwood Brock [1:24:05.0]

Links from this episode: