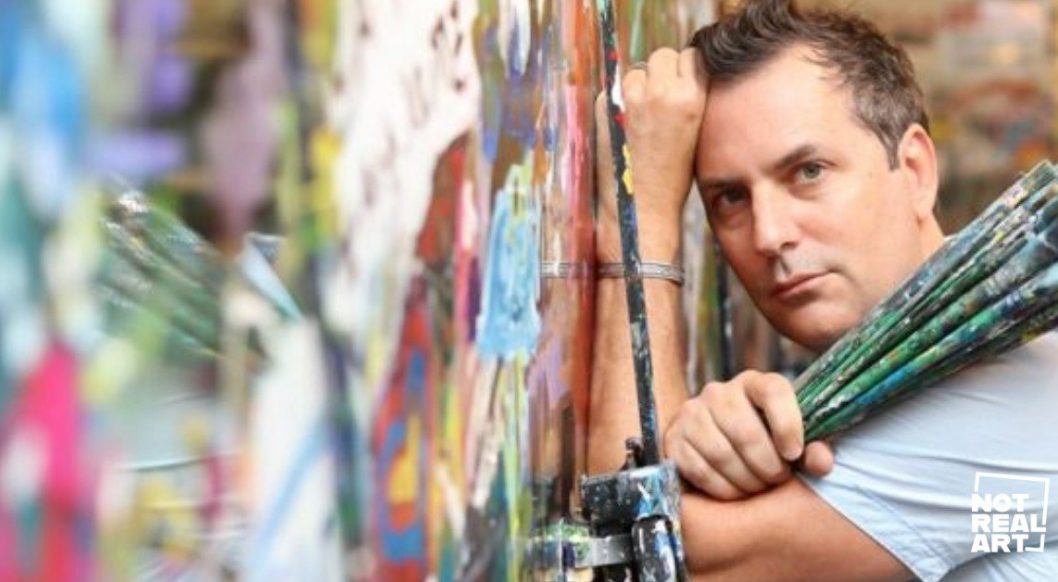 Making a career as an artist is still a difficult pursuit and this says a lot about the world we live in. As the Founder and Chief Creative Enabler of Art Jamz, Michael Clements is trying to address this. He joins us today to tell us about his mission to make the world a more creative place. Michael talks about how, after years of creative experimentation, he decided to start Art Jamz, a business that helps artists find stable jobs while connecting people to their inner artists through art classes and ‘ArtBoxes’.

But before we get to this part of his story, we discover everything that led up to it. We hear about Michael’s childhood growing up with no idea that art was more than a hobby. He talks about his different creative pursuits in writing, poetry, and drawing while he studied toward a master's degree that would help him get a ‘real job’. We learn of the leap of faith he took after a stint in Japan where he decided only to pick up work if it was creative.

After a successful career in acting and publishing, Michael talks about returning to the US to once again begin the experimentation process, and how he finally ended up as an executive editor. Find out how inspired Michael was by the brilliant people his magazine profiled and why he decided to start something of his own (Art Jamz). For a conversation about leaps of faith and calculated risks, how to make a career as a creative by leveraging what you can offer, and the role of being mission-driven in resilience and adaptability, tune in today.

“When you are working as an executive editor and creating 12 issues a year you are just on deadline all the time but you are also interviewing really incredible people. After six years of that, I just got so super motivated. Every gala I went to someone was getting an award for something amazing they are doing, or the person I am interviewing has a new restaurant, or their show is blowing up, or their book is on the number-one bestseller list, and in the back of my head, I was like, ‘I think I can do this too. It’s just about confidence.’ So, I challenged myself again and it was like, ‘well you think you are so smart, why don’t you come up with an idea? Why are you working for somebody else?’” — @mikegenki3 [0:42:15]

“I think that there is something to be said for that analog life, for the journaling and for the use of disposable cameras, but then also for the digital tool and I am always floating between those two now.” — @mikegenki3 [0:18:50]

“There is risk in everything. There is risk in doing nothing. So, to be afraid of risk is not the question because no matter what you do there is risk. It’s taking the smart risk as a creative and that starts with being confident in yourself and understanding what you bring to the table.” — @mikegenki3 [0:26:58]

“The one thing that has really helped me survive as a business owner of Art Jamz over the past decade is being mission-focused. Understanding that our mission is to make the world a more creative place. We do that two ways: providing artists with jobs and getting people engaged in art. How we made that happen changes. It was a popup and then it was a retail business and then it was a bar and now it’s virtual classes, and it is going to continue to change, but our mission stays the same. So, a big lesson I have learned as a business owner and a creative is to find your mission because it is your North Star.” — @mikegenki3 [0:47:55]