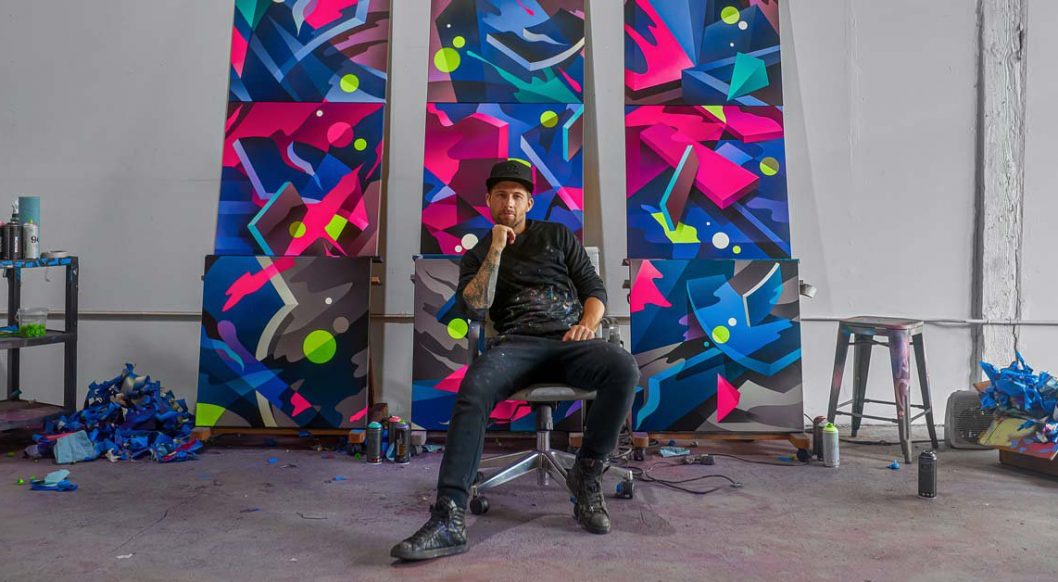 Mikael B.: Taking Control of Your Creative Career

How many people would be willing to risk it all to pursue their dreams? Today’s guest, Danish artist Mikael B., packed his bags and flew to LA after selling the graphic design company he started with his twin brother.

In 2014, while Mikael was working as a graphic designer, he created a colorful map to hang in his Copenhagen apartment. That work, “Vibrant World,” went viral after being posted online, spurring global demand for Mikael’s prints and providing a launchpad for the artist’s budding career. Encouraged by the response, Mikael and his brother sold their graphic design business and moved to LA to focus on art-making—and the rest, as they say, is history.

Blending Cubism with Wildstyle graffiti, Mikael began splashing his designs all over LA soon after arriving. Today he works with brands like American Express and Bentley Motors to create eye-catching projects and public murals that brighten the city. He credits his success to his brother’s business savvy, describing their partnership as “yin and yang.”

In today’s podcast episode, NOT REAL ART founder and publisher Scott “Sourdough” Power sits down with Mikael B. to discuss how the young artist took control of his creative career. You’ll get a glimpse into Mikael’s creative journey, from Denmark to The City of Angels, and hear about his ongoing commitment to creating work he loves—not just art that sells. We also touch on the role social media plays in Mikael’s success, how to embrace the unknown with enthusiasm, and what you can learn from the crossover between fine and commercial art.

Ultimately, Mikael believes taking an extraordinary leap of faith enabled his creative success. The artist shares a powerful and inspiring story about sacrifice, commitment, and vision—tune in today for insight from the intrepid artist.

“All people doing extraordinary things are actually just ordinary people willing to do the extraordinary—doing what most people won’t do.” — Mikael B.