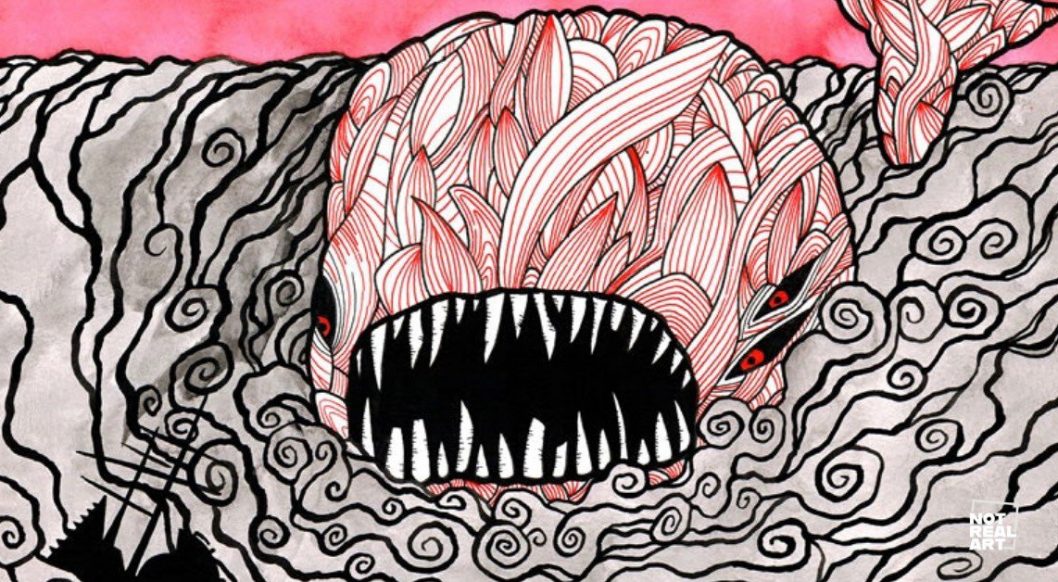 Not Matt Kish. In an ode to his favorite book—which he calls an “almost postmodern novel”—the Ohio-based librarian has created a collection of 552 illustrations inspired by every single page of Signet Classics’ paperback edition of Moby-Dick. To complete the project, Kish spent nearly every day for 18 months toiling away inside a converted closet space. The drawings, scratched out in ballpoint pen, marker, paint, crayon, ink, and watercolor on yellowed pages, are a testament to the artist’s own obsessive quest for meaning and absolution.

In an interview with publishing company Tin House, Kish notes, “I see now that the project was an attempt to fully understand this magnificent novel, to walk through every sun-drenched word, to lift up all the hatches and open all the barrels, to smell, taste, hear, and see every seabird, every shark, every sailor, every harpooner, and every whale.” Released by Tin House, Kish’s book Moby-Dick in Pictures: One Drawing for Every Page (2011) is a full collection of the project, packed to the gills with lo-fi illustrations and rough-around-the-edges charm.

While Kish has since illustrated other novels—Italo Calvino’s Invisible Cities and Joseph Conrad’s Heart of Darkness—Moby Dick remains his magnum opus, an expansive work about the ups and downs of obsessive passion. “It was a hard thing, a very painful thing,” Kish explains in the same Tin House interview. “But the novel now lives inside me in a way it never could have before.”

“The novel now lives inside me in a way it never could have before.” — Matt Kish