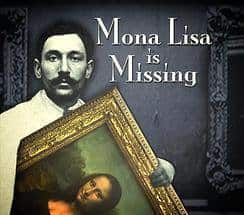 If we told you that the Mona Lisa was missing, you probably wouldn’t believe it. But this was the case in 1911 when, for two years, the world’s most famous painting was nowhere to be found!

Our guests today, Joe Medeiros and Justine Mestichelli Medeiros are experts on this fascinating story and have produced a documentary called Mona Lisa is Missing, where they take viewers on their journey as they unearth the truth about this great heist.

Surprisingly, the story is not that well-documented and, where it has been recorded, the truth is twisted. Joe and Justine came at it from a different angle, wanting to present their findings with accuracy and integrity.

“Joe’s obsession comes from his desire to know. If you sat with him and played Trivial Pursuit, you’ll lose.” — Justine Mestichelli Medeiros [0:21:41.0]

In this episode, we hear about this passion project and how reading one line in a book about Leonardo da Vinci and the painting’s theft ignited an insatiable curiosity in Joe to discover the truth. We also learn more about the connections that Joe and Justine made, including with Celestina Peruggia, the thief, Vincenzo Peruggia’s daughter.

This film, while entertaining, is about a lot more than that. It is a historical document where this story lives on. Our conversation also touches on what it was like to produce a film independently, the power of connection and fate, and why the film is the gift that keeps on giving. To hear more about this incredible tale, tune in today!

“In producing this, I knew that unless we were factual and had primary source documents, we were not going to gain the respect of the people in the artworld – art historians, art criminologists – that we were credible people, that we were doing the job that needed to be done to tell the story. That was very much the reason we got access to so many of these people that are usually inaccessible, was because we’d be doing an honest day’s work in good journalism and good documentary making. We were not out to get anyone. That really impressed people. We were there just to tell Peruggia’s story.” — Justine Mestichelli Medeiros [0:35:35.0]