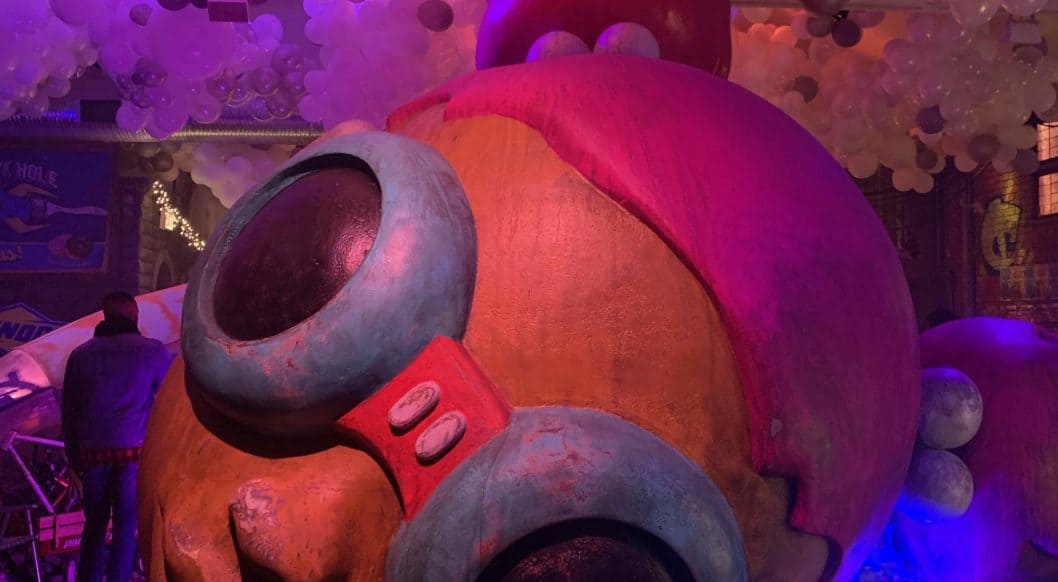 I will always consider Chicago my home. Growing up in the near by suburbs, I’ve loved going to its world-class museums on class field trips back in the seventies. In the eighties, as I grew into my teens, I would ditch school and take the South Shore Line into the city seeking adventure.

I simply loved it. The energy I felt from it. As a high schooler who loved jazz and blues music, I would sneak into Chicago clubs to hear live music. It blew my mind. Eventually I made friends with club musicians who were like, what’s this white boy doing in the club at 1am!?!

This is how I was introduced to Chicago’s South Side and cultural institutions like the Checkerboard Lounge, Kingston Mines, Buddy Guys’ Legends, even the Green Mill and Jazz Showcase.

Eventually, I moved downtown and graduated from Columbia College Chicago with a degree in graphic design. From 1993-2001, I worked as a commercial artist at many of Chicago's ad agencies and design firms. Most of my friends were artists — musicians, dancers, designers, entrepreneurs, etc.

I am sharing this personal history to help explain how Chicago and its people and culture have always inspired and propelled me — and still do today. Now, it shouldn't be surprising to hear how happy I was recently to get back to Sweet Home Chicago and visit Hebru Brantley’s NEVERMORE PARK.

He wouldn’t remember me, but I once met Hebru…

It was the mid-aughts and we met through another Chicago artist, Linc Thelen. When we met, Hebru was preparing for an exhibition at Zhou B Art Center. I met FlyBoy for the first time that day too. Upon meeting and speaking with Hebru, it was clear to me he is a special dude and I loved his work.

Since our chance meeting that day at Zhou B Art Center, Hebru’s career has exploded. And, I’ve become a dad. My wife and I adopted a girl named Eden and a boy named Ellis. Now, as a white guy married to black woman raising two kids-of-color, Hebru’s work as special resonance for me.

I want my kids to be inspired by FlyBoy and Lil’Mama.

I want my Eden and Ellis to be fearless and strong and proud and smart and cool — just like Flyboy and Lil’Mama. In fact, Flyboy and Lil' Mama stand tall on a shelve in my kid's rooms. I purchased each from Hebru's vinyl toy drops over the years. My kids love them. Maybe not as much as I do though.

I'm only sharing this for context about my arrival last week at NEVERMORE PARK. I had been following its development on Hebru's socials and I was excited to see it for myself.

Immersive art pop-ups, sometimes called “museums”, have been all the rage in recent years.

Driven in part by our selfie-culture. But, who knows when and how it all started? Was it Barnum? Bailey? The Ringling Brothers? Steve Jobs? Gates? Zuckerberg? All the above?

I was anxious to see how NEVERMORE PARK might compare to the aforementioned selfie-making machines. Fact is, I’m not young and/or hip. Taking selfies ain't my thing. Sure, I’ve taken a few selfies but I generally think photos are better without me in them.

Was NEVERMORE PARK going to be just another excuse for narcissism and selfies?

Or, was NEVERMORE PARK going to be engaging enough to forget myself and become immersed in a new and different world?

Truth is, my experience at NEVERMORE PARK exceeded my expectations.

In fact, it was transcendent. NEVERMORE PARK transported me into a new and different world that was somehow familiar too. It was very compelling. I almost forgot I had a smartphone in my hand capable of taking photos!

Yes, of course. I took a selfie under the king’s neon crown just like everyone else. But, the 6,000 sq. feet space was filled with such depth and texture, character and story, color and shape, sights and sounds, nooks and crannies, I simply hated to leave.

While some cynics might point out the rough edges, grit and grim of NEVERMORE PARK, I saw a rich world dense with wonder and delight, covered in a patina of humanity and packaged with magic and love.

Thanks Hebru. You’re a giant.