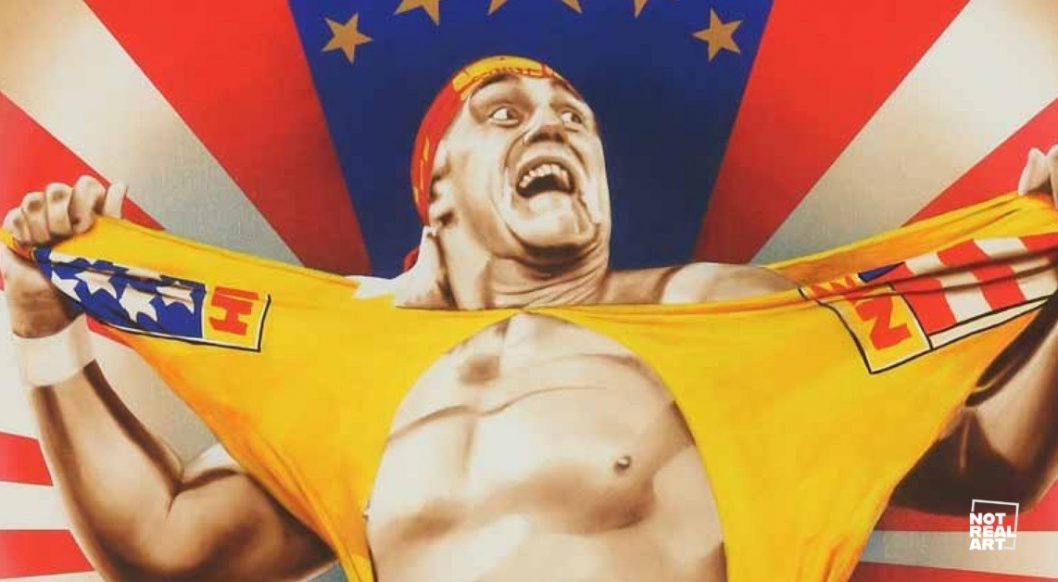 The idea for Wrestlers stems from a drawing Hayden discovered in one of her childhood sketchbooks. “This crude painting had me thinking about my childhood, and my childhood heroes,” Hayden writes in her artist statement. “It reminded me of dressing up in a cape, building a ring out of a mattress and pillows, and pretending I was the Macho Man himself,” she continues.

While wrestling often gets a bad rap, continually mocked as a sport and dismissed as low-brow entertainment, artists like Hayden are keen to play along with the WWF’s over-the-top antics. “The ideas of nostalgia, pop culture, and […] subcultures fascinated me,” says Hayden, who includes such spandex-clad luminaries as The Butcher, The Sheik, and The Warrior in her series.

Character-driven and full of kitsch, Hayden’s work approaches wrestling with a devotion usually reserved for the drama of daytime soaps, themselves an extension of the theater. “I realized Wrestlemania may have been one of the first reality TV shows ever,” she tells NOT REAL ART. “An engineered drama that one does not watch for sport, but for the spectacle.”

“[Wrestling is] an engineered drama that one does not watch for sport, but for the spectacle.” —Nicole Hayden