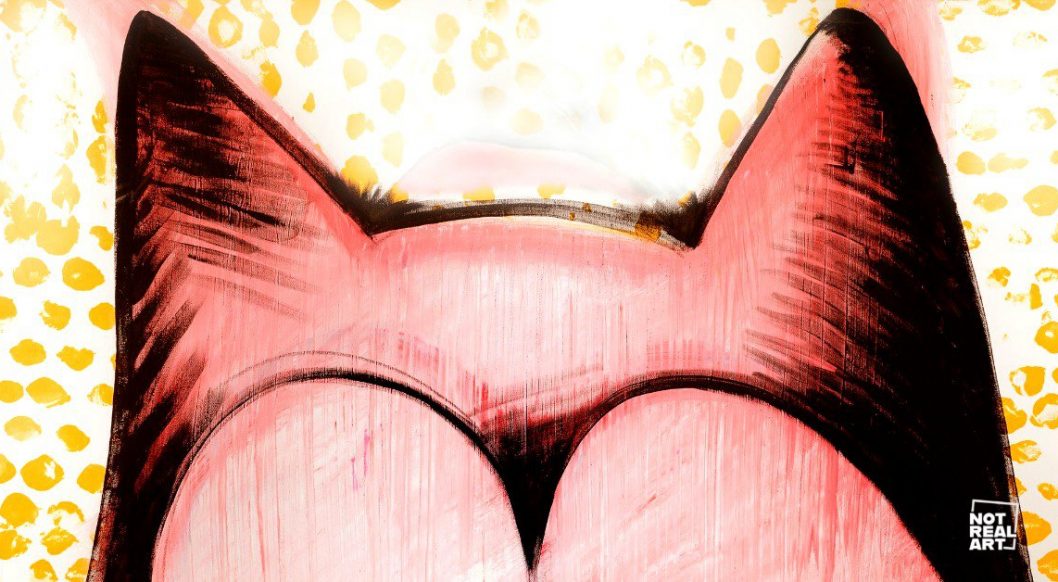 Paul Leibow puts his own spin on vintage cartoon characters. “Iconography exists in our everyday lives,” says the mixed media artist, whose ongoing FeelLicks series questions whether originality is even possible in a world with over a dozen Batman films.

FeelLicks centers on Felix the Cat, a cartoon character who rose to popularity during America’s decadent Gilded Age. Appropriating the cat’s iconic pointy ears, Leibow manipulates the character again and again, just as film studios have recycled their most popular ideas for decades. Felix appears in many forms throughout FeelLicks—often lacking any distinguishing facial features. Leibow’s edits reflect how ideas mutate over time, in this case altered by Western pop culture, commercialization, and industry.

Irreverent and playful, FeelLicks explores the decay of Western culture after widespread industrialization at the turn of the 20th century. Though the idea might run against prevailing narratives, Leibow is content to play the provocateur, slyly poking fun at our cultural “identity” as highly derivative and profit-driven.

As Leibow has said in an interview with Leonia Arts, he is “interested in the psychology of advertising.” It's been said the more people see something, the more they like it. Repetition, Leibow suggests, is contemporary corporate branding in action, insidious and cloaked in a comforting, familiar form.