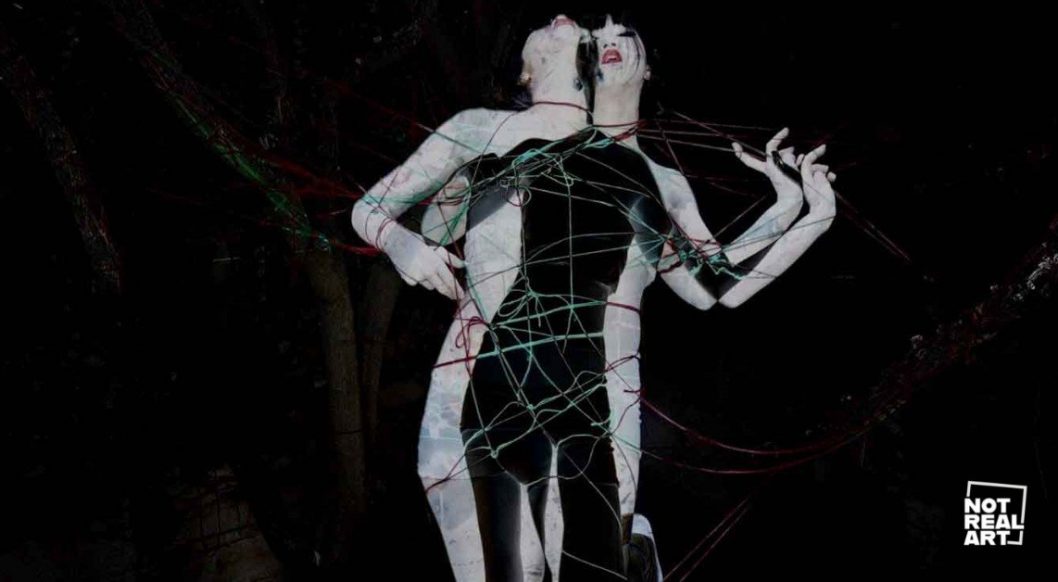 “There is nothing more personal than the body,” renowned anatomist Takeshi Yoro has said. Interdisciplinary artist Ibuki Kuramochi agrees. Born in Japan and based in LA, Kuramochi is best known for staging live performances that explore bodily transformation and personal expression through experimental Japanese Butoh dance.

Often called the “dance of darkness,” Butoh emerged from the ashes of WWII as a means of reestablishing Japanese cultural identity. Turning away from modernization and Western styles of dance, choreographers Tatsumi Hijikata and Kazuo Ohno founded Butoh on principles of the unknown: subconscious thought, primitive instinct, and ancient, cryptic mythologies. Something of a cousin to German Expressionism, Butoh defines itself by revealing the dancer’s primordial nature through interpretive movement and creative costuming. Modern practitioners like Kuramochi infuse the famously enigmatic dance with new mediums, finding fresh ways to express memories and histories held within the body. For Kuramochi, that means revisiting her nightly dreams during waking hours.

“I have few experiences of sleeping comfortably at night, and I often have nightmares, which I remember well after waking up,” she writes in her artist statement. “Most of the nightmares are like a strange, violent, and weird film.” Kuramochi relates her dark dreams to Sigmund Freud’s theory of the id, an idea that plays well with Butoh’s focus on primitive instincts, like sex and death. “I believe that these dream experiences have directly influenced my work, and that the visual experiences that I see every night are inevitably the essence of my work,” she notes.

Beyond dreams, Kuramochi’s work explores the link between transformation, death, and eroticism. During the Middle Ages, physicians believed too much sex was bad for one’s health, and that an orgasm could drain the life force from the body. The phrase la petite mort (“the little death”) became tangled with this medical belief, and today it is used as a euphemism for orgasm. For Kuramochi, sexuality is about more than just the physical act of climax. Her work acts as a psychological outlet for both unspeakable grief and wanton pleasure—those “ugly” parts of ourselves we keep hidden in favor of a prettier picture.

Ibuki Kuramochi discusses the transformative abilities of the human body, training the eye to see past the obvious, and the lasting impact of David Lynch’s Mulholland Drive.

Ibuki Kuramochi: Philosophy books are a source of inspiration for me. They are especially essential when creating a performance. Lately I have been immersed in Maurice Merleau-Ponty.

Which cultural concepts, themes, or philosophies inform your work?

IK: Best advice: Cultivate the body. Not meditation. Worst advice: One of the gallerists told me, "It's impossible to be a successful artist when you're young, artists can only be masters when they are old."

What's your biggest barrier to being an artist?

IK: Finding your own special material. I have explored all kinds of materials and finally I have found that my body is the best material.

IK: I try to eliminate the division between daily life and work in my consciousness. I am always ready to go for new ideas and inspiration at any time.

What does generosity mean to you as an artist?

What role does the artist have in society?

IK: To convey the essence of things to people.

IK: I’m creating works in which my physicality is captured in various materials.

IK: Exercise, stretching, and muscle training. My work is made up of physicality. It does not begin without the body. There is art that begins with the body, and the body and mind are connected.

Is there a specific time you recall feeling marginalized by the art world?

IK: I was lonely in my 20s when I was working as an artist in Tokyo. I had the experience of having my work rejected because I was a woman, and I was also a victim of stalking. Japanese society and the art world still have a strong tendency toward misogyny.

How does your geographical location affect your work and/or success?

IK: Unlike Tokyo or New York, LA is sandwiched between the power of the city and the power of nature, and the contrast is very strong in every sense of the word. It's easy to access the ocean and the mountains, and you can always feel the energy of nature, which is very important to me when I'm working.

David Lynch's Mulholland Drive is one of my favorite movies, and I am drawn to the contrast between darkness and light, as if there is a bottomless darkness behind the slant of the sun.

I'm also very encouraged and grateful for the diversity and tolerance of the LA art community.