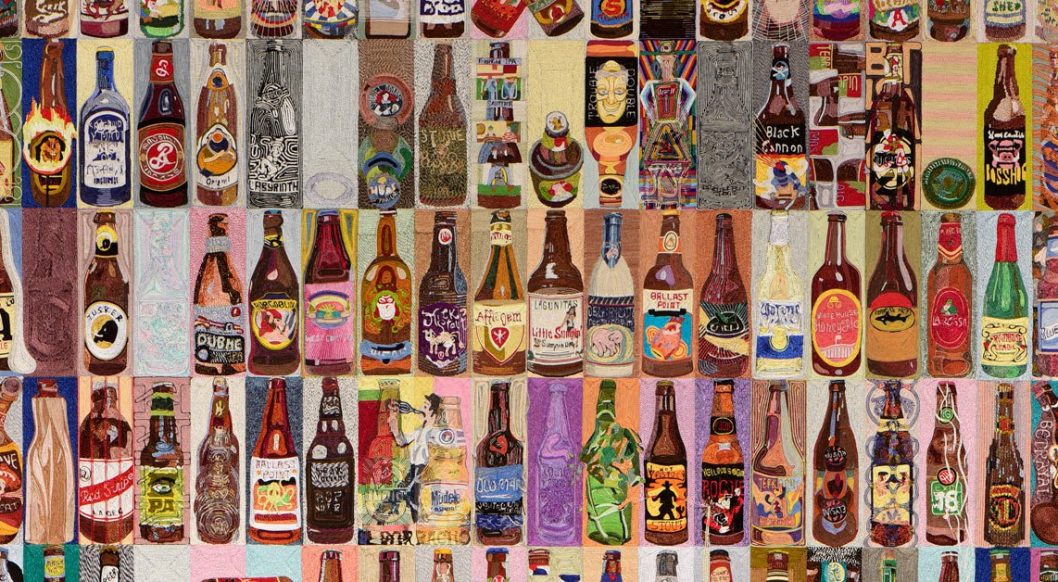 When Robert Forman first glued his mother’s embroidery thread to a collage back in high school, he wasn’t planning on making a career out of it. Some 50 years later, the New Jersey-based “yarn painter” is still illuminating the world around him using colorful skeins of string.

“Although these works are often referred to as paintings, they are created on a foundation of drawing,” says Robert, who starts each work with a pencil and paper. “Drawing is what my work is about, probably more than painting.” Comparing the lengths of yarn to more traditional linework made by pencils, Robert quickly adapted to the challenges of working with yarn before attending Cooper Union for painting. While there, his professors encouraged the young artist to think of his string works as legitimate painting. This perspective was soon validated after Robert received a fellowship to study abroad in Mexico, where yarn painting remains a popular art form among the country’s Indigenous Wixárika (Huichol) population. “Since my Fulbright I have maintained my relationship with fellow yarn painters, both by returning to Mexico regularly and by hosting Wixárika artists in my home,” he tells NOT REAL ART.

In his own work, Robert carefully considers the properties of yarn to illustrate images of family, friends, and everyday life. “Forms are rendered by the direction the yarn is glued,” he says. “Yarn lit horizontally is bright, while vertically lit is dark. The material and sheen of the yarn determines the intensity of this effect.” Mixing colors by alternating yarn of different hues, Robert creates kaleidoscopic scenes that swirl hypnotically across the canvas. In “Broadway” a motley cast of characters pose for the artist, lined up along Manhattan's longest street. Elsewhere, Robert pays homage to his connection with the Wixárika people in works like “El Gringo Rojo” and “Xochipilli.”

“My time in Mexico enabled me to meet and interact with many of the most skilled yarn painters,” says Robert, who returns to Mexico regularly for Wixárika ceremonies and to “talk shop” with fellow yarn painters. Welcomed as an outsider into a new community, Robert pays homage to his Wixárika family with psychedelic yarn works that find beauty in everyday events and intimate friendships.

“Yarn lit horizontally is bright, while vertically lit is dark. The material and sheen of the yarn determines the intensity of this effect.” — Robert Forman