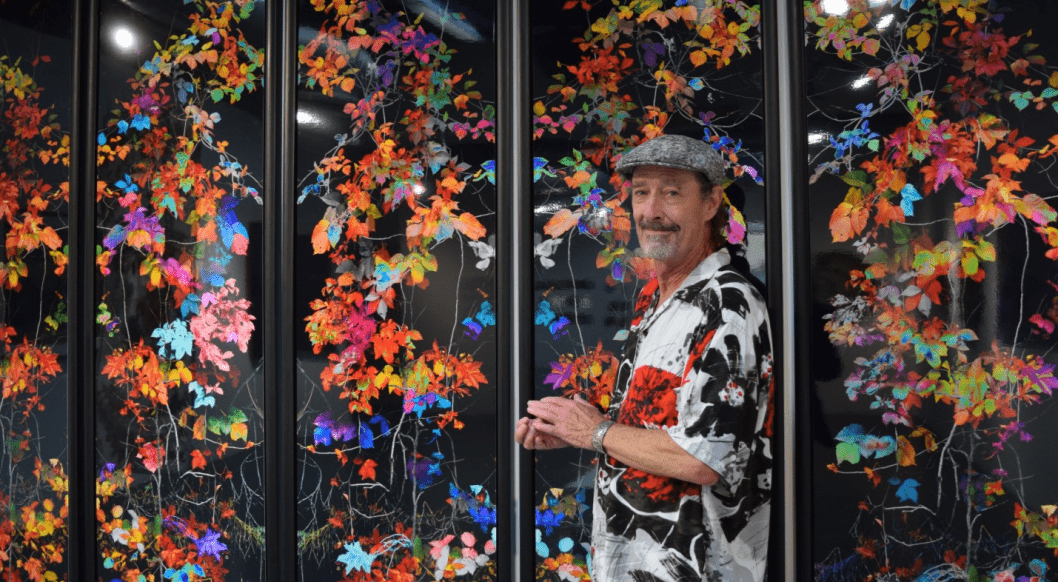 Robert Glenn Ketchum: Using Pictures to Save The World

“The first time I saw my work in action, I took a picture from the Beacon rail yard one morning in a hard rain and it was a really blue-grey day and the fog was down on the river, and the rail yard right there was just a mess. It was full of scrap metal and old tires and just a complete mess, and I was up on a rail bridge, looking down on it and I had a pretty interesting perspective and I realized from studying the history of the Hudson Valley that this was formerly, in the 1800s, a famous ferry park which meant that people from Manhattan ferried up for the weekend and picnicked in the park and stayed at the bed and breakfasts in the town of Beacon and now it looked like an abandoned mineral dump. I took the picture and took it back and showed it to the general council and he said, ‘So why was this important?’ and I explained about how in the 1800s it had been a ferry park. After I left he went back to the Wallace Fund and asked for the money to go up and buy the park away from Metro-North, and restore it as a park to the city of Beacon as part of the program to restore the valley’s history, and within two weeks they bought the entire thing back, and I was like, ‘One picture does that?’” — @RobertGKetchum [0:43:50.0]

Today’s guest is pioneering conservation photographer, Robert Glenn Ketchum. Robert's imagery and books have helped to define contemporary color photography while at the same time addressing critical national environmental issues, having made him one of the most successful artists and activists in American history.

In today’s episode, Robert talks about the development of his career, the many adventures his work has taken him on, and the social change these projects have kickstarted.

We dive straight in hearing Robert talk about the Pebble Mine campaign he is involved in currently where he is fighting against the construction of the largest gold and cyanide leech mine in the history of the world in Southwest Alaska. From there, Robert rewinds to his days as a student at UCLA in the 60s, where he started his photography career taking snaps of the famous bands that played in his neighborhood.

On the way back from the Monterey Pop Festival, Robert camped out at Limekiln Creek to break the trip up, and in a moment of contemplation next to a quiet stream he got the idea to pivot into conservation photography. Robert’s career blew up after that event, and he tells one epic tale after another about the different campaigns he fell into, the huge names he rubbed shoulders with, and the incredible ripple effects his photographs had.

We also get to hear Robert's thoughts on some of the most vital sides of being an artist, how to secure money, and how to increase the clout of one’s projects. Wrapping up our conversation, Robert tells a few more awe-inspiring stories about how he started translating his prints into textiles after discovering the quality Chinese embroidery. Tune in for tales of adventure, discovery, and serendipity, all powered by a passion for creativity and our natural environment with Robert today.

“The faithfulness of the embroiders to my photographs was astounding, and the many textures that can be incorporated in embroidery are just off the chart, and I had several pieces that have over 1000 different died colors – the range of dye is greater than the range in the photograph.” — @RobertGKetchum [1:15:55]

“I’d never seen a picture book come out with a political essay, and I was fascinated with that as an idea.” — @RobertGKetchum [0:32:22.0]

“It’s great that we’ve been able to infect an entire community with this idea about – it’s not just about making pretty pictures, it’s about making pictures of value.” — @RobertGKetchum [0:47:15]

“I simply try to take where I think my pictures will have value and then infuse them in the right way.” — @RobertGKetchum [0:41:23]