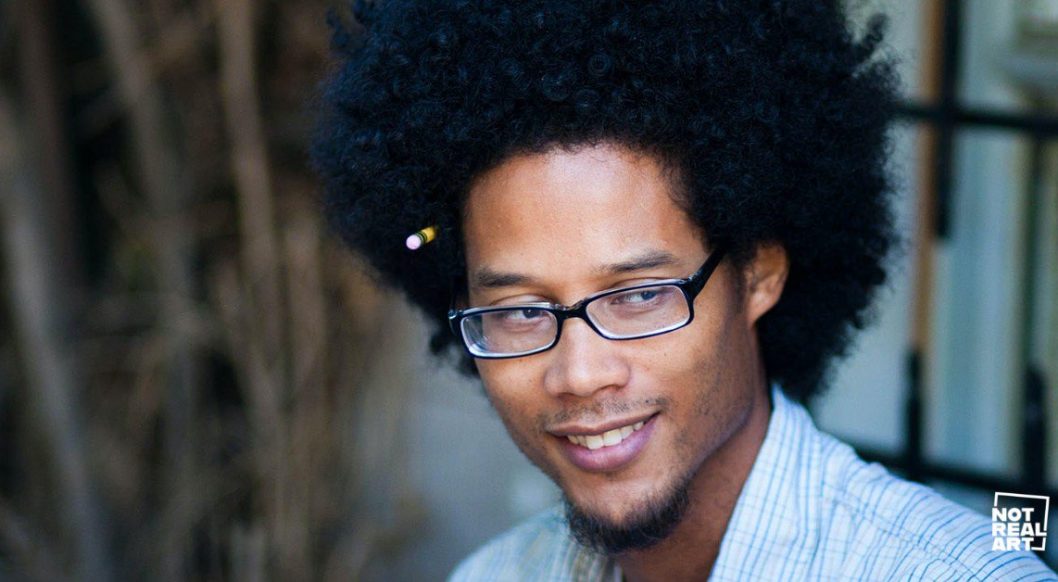 Born in Oakland California, Rob is the child of student activists who watched lots of science fiction and took him to demonstrations. Always drawing, Rob grew up to be an artist, falling in love with graffiti, fine art, illustration, murals, and children’s books at a young age.

Rob now illustrates and writes bilingual children’s books to share stories of diversity of joy, like Furqan’s First Flat Top, where readers meet Furqan Moreno, a 10-year-old Black Latino boy who always had “real curly hair” and decides it is time for a new haircut.

“When my son was born, it was 2004, I was like, ‘Where are the books about kids like him?’ I’m a mixed kid. He’s a mixed kid. He has curly hair. Why are there no books about kids like this? Furthermore, he was learning Spanish and I was learning Spanish; why were there very few bilingual books [for] kids like him? A lot of the bilingual books I’d see were from Spain or they were [depicting] white kids or white-passing Latinos. I was like, there’s a whole array of Latinos. Why is this not in books?” — Robert Liu-Trujillo [0:14:24]

Through storytelling, Rob scratches the surface of many untold stories, and he is also the Founder of Come Bien Books and a Cofounder of The Trust Your Struggle Collective. In this conversation, he offers some insight into the evolution of his artistic practice and shares some of the narratives in his books, which he created for kids like his son, who is mixed race and bilingual. He also walks us through the process of building stories and creating characters, using art to address social issues, and the power of encouraging young BIPOC artists, plus so much more, so make sure to tune in today to learn more!

“Especially in [communities of] Black folks, people of color, it’s really important to encourage young people who want to be artists early and give them encouragement and show them other people like them and say, ‘You can do this too!’ You may not understand fully what they are trying to do but [you can] find as much as you can on it and encourage them. I hope [my art book] will be a tool for parents and adults to encourage kids.” — Robert Liu-Trujillo [0:52:23]

“We are part of a legacy of people [using] artwork to talk about current and past social issues and to also illustrate what could possibly be.” — @RobertTres [0:31:17]

“Especially in [communities of] Black folks, people of color, it’s really important to encourage young people who want to be artists early and give them encouragement and show them other people like them and say, ‘You can do this too!’” — @RobertTres [0:52:23]