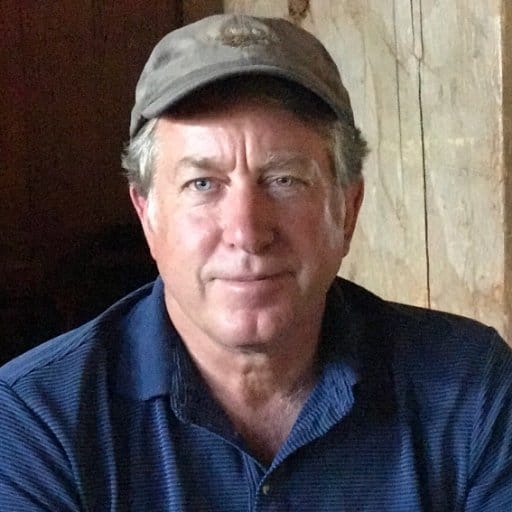 Scott Bedbury: Serving Others in All You Do

In today’s episode, we sit down with Scott Bedbury, world-renowned brand consultant, author, and speaker who has played a central role in the success of massive names like Nike, Starbucks, and Airbnb. His bestselling book, A New Brand World, is a must-read for anyone working in business today.

In this show, we talk about the erosion of trust in an internet age of powerful corporations, the need to return to a culture of empathy, and the radically human spirit behind the campaigns he worked on while helping build some of the biggest brands on the planet.

We kick off the discussion hearing about the themes in Scott’s new book, where he describes the threats to values like authenticity, empathy, and trust posed by profit-hungry corporations leveraging the power of the internet.

We then move onto hear the many incredible stories of the brands and people Scott worked with. He tells tales such as the one where he created the transcendent Just Do It campaign with his creative partners at Weiden+Kennedy which featured a young Michael Jordan and a young Spike Lee during his early days as Head of Advertising at Nike.

The people and teams Scott worked with were special, driven by a different set of motives to the cold, profit-driven culture that fuels most big businesses today.

Scott describes Petri dishes of authentic innovators who valued courageous creativity, openness to mistakes, gut instincts over data, and the notion that customers are first and foremost people. Scott’s central message is that with great power comes great responsibility, so be sure to tune in for this legendary discussion.

“What I try and do for clients is get their value statement down to a single sentence. Purpose. I think that’s about the best you can do because people might remember that. I think Nike’s today is, ‘To bring innovation and inspiration to the athlete in all of us,’ and that is just a minor variation of what we were doing 30 years ago about the emotional and physical benefits of sports and fitness. But I think we have never needed purpose, a redeeming, noble purpose, not just for customers but for our own employees, more than right now. The amount of power that has been aggregated in a smaller and smaller amount of hands, both individuals and corporations is staggering and the question becomes, ‘What are they doing with that power?’” — @scottbedbury [0:32:04.1]

Key Points From Our Episode with Scott Bedbury:

“It was my hope that if the book would even just take one big corporation and make it a better company, not just a bigger company, all the effort I put into writing that first book would be worth it.” — @scottbedbury [0:16:43.1]

“A few people in the industry, these disruptors, they’re just around the bend and we are not quite seeing what they see, and I think that’s the hardest thing, is to help them understand that from their vantage point they may have overlooked a couple of things.” — @scottbedbury [0:40:36.1]

“It is a really good thing to do with our children is to instill in them that sense that we are here to serve. It is not just about us. We are here to serve others. Particularly those on the fringes and those who don’t have what we have. That is the long-term best hope I have for everything is if everybody believes they have a commitment to somebody else, that this narcissism we seem to be swimming in these days is pretty toxic. I’m fired up about that. And I love it when I see it in people. When they could be doing a million other things but they are actually helping somebody do something else, or they are taking the power of their corporation and doing something phenomenal with it.” — @scottbedbury [1:10:31.1]