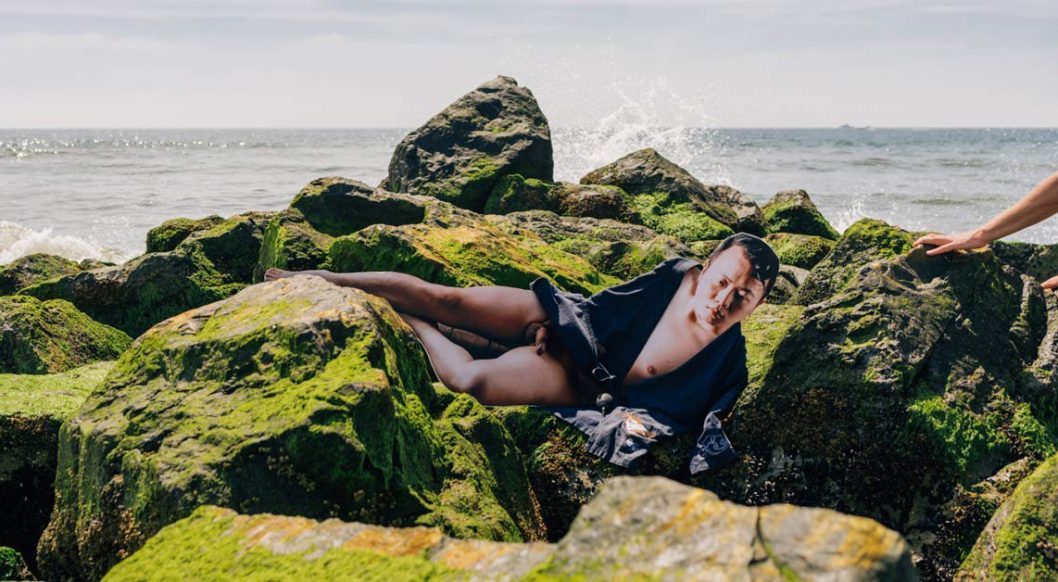 Tommy Kha takes after his great-aunt, who according to family lore, “read too many books and went crazy.” The self-portrait photographer from Memphis with an MFA from Yale sums himself up as a “left-handed, Queer, Asian American from the American South, who is not supposed to exist.” Tommy’s book of intimate snapshots, Return to Sender, was released in 2021. He adores clumsy images that reveal photography’s artifice and show things that are out of place.

Tommy’s ironic, identity-based photographs combine staged environmental tableaux with appropriated family images and performance to express his idiosyncratic worldview. His work is included in Laurie Simmons’ narrative film, My Art, and is featured on the cover of Vice Magazine’s Photo Issue. His first solo exhibition took place in Portland, followed by a Manhattan solo show at New York’s Camera Club. Tommy currently teaches at the New School and shuttles between New York and Memphis.

Categorizing self-portraits as “windows” and selfies as “mirrors,” Tommy considers his creative endeavors a continuation of the photographs his mother made in 1984 after she fled Vietnam. Staged images of his body, arms, and face tossed into natural environments, such as a jungle or next to churning seas, reflect moments of turmoil, adjustment, and cultural navigation through a heightened post-immigrant lens.

“The relationship between photography changes within two generations,” Tommy tells NOT REAL ART. “My mother’s work depicts gatherings, celebration, and liberation, whereas my work is performative and semi-fictive. An ongoing rendering of assimilation, a product of Vietnam War color photographs and refugees. Thus, my work is a mapping of Asian diaspora. The family album, cartography, and the body are sites of conflicting narratives.”

As a Vietnamese American artist, Tommy has experienced his share of racial stereotyping. After learning of the artist’s base in Memphis, a Magnum photographer dismissed Tommy’s work because “[William] Eggleston already claimed that genre.” Later, an invitation to create a public artwork in his hometown was rescinded due to homophobia. Tommy was also advised by the owner of a Chelsea gallery to focus on “other Asians” because his work was too complicated to market. As Tommy moves forward with his career, one cannot help but wonder how he will make use of these experiences in his wry and insightful work.

“My work is a mapping of Asian diaspora. The family album, cartography, and the body are sites of conflicting narratives.” — Tommy Kha

Our Artist of the Day series is a regular feature highlighting artworks from the 100s of grant applications we receive. The NOT REAL ART grant is an annual award designed to empower the careers of contemporary artists. Find out more about our grant program here.