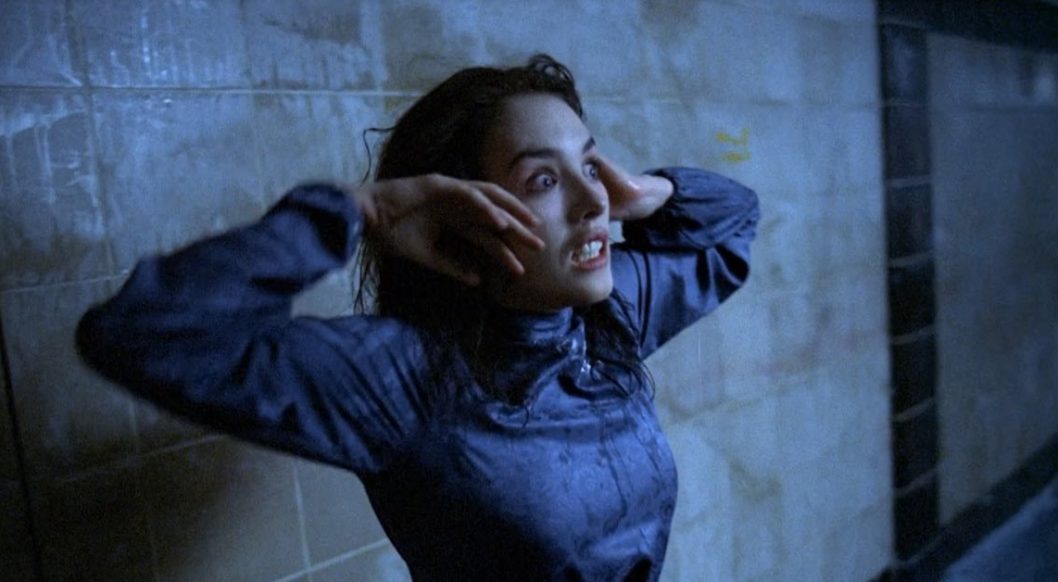 5 Visually Stunning Horror Films for a Brutal and Beautiful Halloween

“I've often thought there should be beauty contests for the insides of bodies," remarks gynecologist Elliot Mantle as he examines an unlucky patient in David Cronenberg’s Dead Ringers.

There's probably no other living director as consumed with the poetry of rotting flesh as Cronenberg. He's in good company though; horror fans weary of standard slice-and-dice flicks won't have to look far to find plenty of stunning, artful films in their favorite genre. The list is long, but here are five of our favorite horror films (and a few runners-up) to get you started.

Imagine if He and She from Lars Von Trier’s Antichrist were haunted by the physical manifestation of their grief—their young son’s ghost haunting the woods of Eden, this time draped in a slick red raincoat—and you’ll get a rough approximation of what Don’t Look Now has to offer, right down to the R-rated sex scene.

The reappearance of the raincoat connects the film’s opening scenes in the British countryside to the water-logged streets of Venice, and is the only splash of color in an otherwise murky, earth-toned landscape. John and Laura Baxter's (Donald Sutherland and Julie Christie) choice to relocate to sinking Venice after their daughter’s death by drowning is a curious choice for the couple, but one that anchors the film in the intuitive symbolism of water. In true Old-World fashion, all the mysterious architecture, funeral boats, and drowned bodies act as the perfect setup for the film’s criticism of reason as a response to grief.

Strictly speaking, any of Italian horror maestro Dario Argento’s films would fit nicely on this list. But Suspiria, his slasher flick about a ballet school run by a coven of murderous witches, is the stone-cold classic. Using a limited Technicolor palette, Argento strips away all nuance and anything resembling a coherent plot line, choosing instead to double down on swirling patterns and nightmarish set designs. It's a white-knuckle ride from start to finish, but the hypnotic soundtrack and campy vibes will cram the whole thing down your gullet like a goblet of cursed Kool-Aid.

Dropping the genre gimmickry associated with 1973’s The Exorcist (“Your mother sucks cocks in hell!”), Andrzej Zulawski’s Possession is a photonegative of its predecessor: bold, graphic, but also genuinely ominous, terrifying, and far stranger than anything Exorcist director William Friedkin could dream up. Married couple Anna (Isabelle Adjani) and Mark (Sam Neill) bicker and knock each other from room to room, while Anna’s increasingly erratic behavior culminates in an extramarital affair with something not altogether human.

That the film was shot on location in Berlin, with the Eastern/Communist Bloc looming in the background, is no mistake; we’re meant to interpret the wall’s literal division of space psychologically. But as soon as we’ve done that, the film throws the whole mess back at us, becoming surreally violent in the second act. In stark contrast with its physicality, Possession’s color palette mirrors the grim mood of Berlin in the ‘80s: muted blues, grays, and greens, all punctuated by a deep, corn-syrupy red.

Marking the point where Cronenberg swaps his trademark bucket of blood for a (relatively) subtle meditation on the melancholy of the human condition, Dead Ringers still manages to go head-to-head with every stomach-churner in the auteur’s back catalog. His preoccupation with sexual taboos and psychic scarring is almost jarringly intact here, despite a total lack of exploding heads or slime covered body parts.

Instead, mutually dependent twin fertility doctors Elliot and Beverly Mantle pop prescription drugs, ambivalently swap lovers, and invent gruesome gynecological torture instruments in their downtime. Their lurid, primary-red surgical cloaks hide an awful lot of blood, and their clinic is a malpractice lawsuit waiting to happen. Despite all the shenanigans, Jeremy Irons (playing both siblings) delivers a gut-punch performance, infused with all the bitterness and alienation we’ve come to expect from a Cronenberg thriller. Though it ranks as one of the director’s creepier outings, underneath it all is a surprisingly tender, heartbreaker of a film that leaves a trail of tears in its quietly disintegrating wake.

Brothers Grimm aside, if there’s another fairytale more bittersweet than Kim Jee-woon’s fractured ghost story, I know not what it be. Being firmly entrenched in the tradition of K-horror, there’s plenty of long, black hair and blood-spattered nightgowns to go around, but Kim goes for chills over cheap scares, ticking all the boxes in your goth chapbook along the way. An impeccably decorated mini-mansion full of secrets? Check. An icy supervillain for a stepmom? Check. Hysterical pill-popping women? Double check on that one.

The finale unpredictably yanks at your heartstrings, but not before the film seduces you with its lush interiors, rich color palette, and deceptively quaint wallpaper. Underestimate it at your own peril.

See also: Repulsion, Carnival of Souls, The Hunger, Trouble Every Day, Diabolique, House, The Love Witch, In the Company of Wolves, Let’s Scare Jessica to Death, The Shining, Black Sunday, Mandy, The Cabinet of Dr. Caligari, Near Dark.