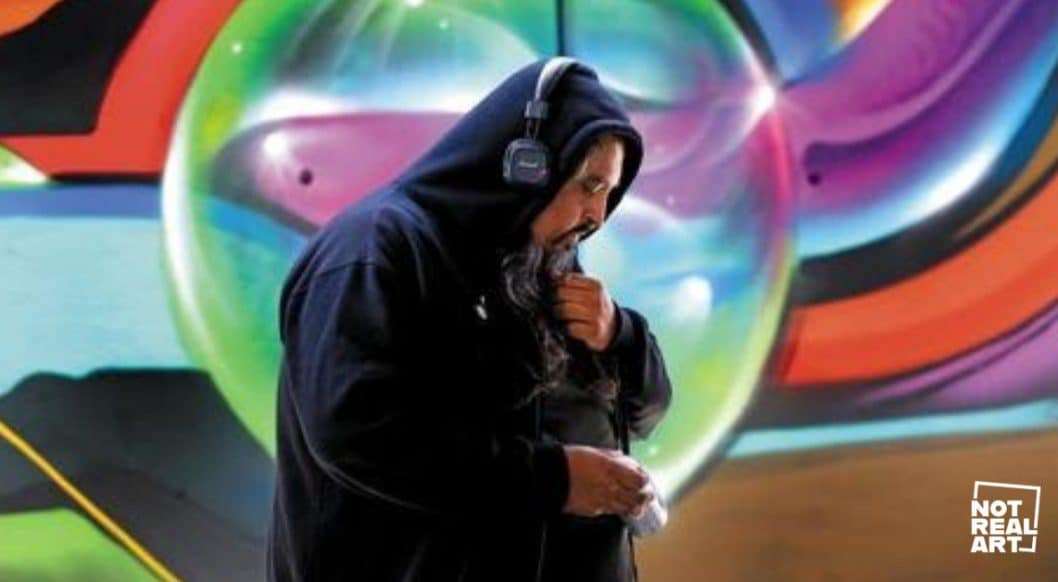 Standing out in the crowded L. A graffiti scene is no easy feat, but it is something today's guest, Vyal One, has managed to do. He is a muralist from East L.A with over 25 years of experience creating aerosol murals and is one of the graffiti movement's most skilled aerosol painters. His work has taken him across the globe, and his portfolio includes a range of corporate commissions.

In this episode, we hear about Vyal's creative journey and how he became a muralist. He pays respect to his early influences and shares when he was introduced to graffiti as an art form. Not interested in mainstream art, he finally saw a place for himself, where he could be who he wanted creatively.

“The thing that I really love about what graffiti has given me and is the interesting paths it has taken me down.” — @VYALONE [0:26:19.0]

We also hear about some of his favorite memories from being abroad, including his time in Barcelona and Berlin. Our conversation also touches on where Vyal gets his inspiration from, the importance of staying connected to the youth as an experienced muralist, and the many unspoken rules and conventions in the world of graffiti. Tune in to hear it all from one of L.A's finest.

“There's just so many amazing influences that put me on that path. Once I started getting into graffiti and going around tagging, I started realizing that it just wasn't satisfying me enough. I dig people who can do illegal stuff and bomb and go all out, but for me, that's not where the satisfaction came from. I felt better doing the stuff that I'm currently doing. Back then, it wasn't as advanced or anything, but I was figuring it out. I was feeling out of my place in life.” — @VYALONE [0:10:10.0]

Key Points From This Vyal Episode: