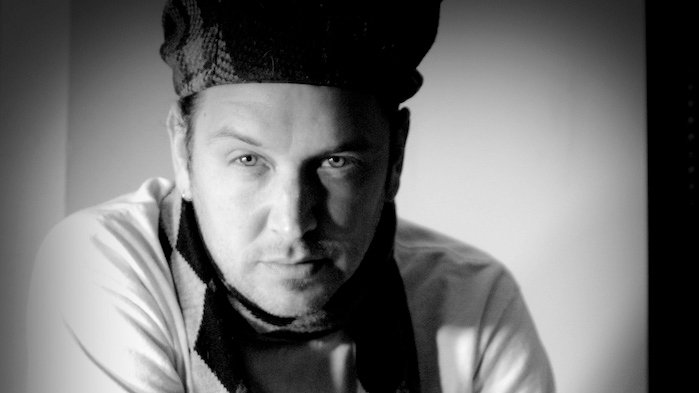 “So we shall let the reader answer this question: Who is the happier man, he who has braved the storm of life and lived or he who has stayed securely on shore and merely existed?”― Hunter S. Thompson

We are deeply saddened to say goodbye to our friend and colleague, Gregory Clewlow, who passed away on June 30th, 2021 due to cardiac arrest. Though his heart may no longer beat inside his chest, the heart of the man beats steadily through the lives of the people he cherished, his artistic works, and the deep sense of commitment he had to the arts. Here, we share some insights from his wife and business partner, Anne Martin of Sugar Press Art on his life, his loves, and his dreams.

Born on May 18th, 1970 in Evansville, Indiana, Gregory Clewlow grew up in the small Midwestern town of Newburgh, Indiana. It was in this small town that Anne first caught a glimpse of the man that would one day become the “love of her life.”

The two met in high school and dated briefly before breaking up, “for no real reason, other than he was shy and I thought it was over,” shares Anne. The two stayed in contact as she went off to college and Greg moved to Colorado and eventually relocated to Los Angeles “sometime around 1995. I was still in Indiana. There was a very long gap where we stayed in touch, but his family was still all in Indiana, so we saw each other almost every year at the holidays.”

Some 10 years would pass before Anne called up Greg to say she was thinking of relocating to Los Angeles. “I just knew I was ready to be out of the Midwest…I called up Greg and told him I'm thinking about moving down there. And he's like, ‘Well, come on down, check it out!’ I came and stayed with him for about a week. I found a place to rent, packed up all my stuff, and [moved].”

“I knew that he was the man I was going to spend the rest of my life with when I woke up one night in his apartment in Hollywood. It was a cold night. We had our small dogs that slept in the bed…but I also had a Great Dane and there wasn’t room for her in the bed. So she had her bed right next to ours and I woke up in the middle of the night and he was putting a blanket over her and tucking her in because it was cold. I saw him doing that and I thought, ‘Oh, this is it. This is the man I love.’

“We were just instantly in love again, like we had been waiting forever just to find each other again.” — Anne

Six months later, the two were engaged and their love story continues through their shared love of the arts and their thriving art business, Sugar Press Art.

Greg worked tirelessly with artists to make others feel elevated and supported in their chosen field. Anne recalls that one of the many qualities that stood about Greg was his ability to lift others up. “He was extremely encouraging and supportive. He liked to tell everyone, ‘You can do anything.’ But not only would he say that, he would help people actually make things happen…He definitely encouraged everyone to be active in the arts, whether you wanted to make it a career or not. He felt that being involved in the arts was good for everyone.”

Anne recalls having the experience of seeing Greg at work in production on the show “Welcome Home.” “It’s a home makeover show where they were transitioning families who were homeless into their new first home. He worked with them in both Detroit and San Diego. That show meant the world to him. When he was in San Diego, I got to go down there and spend time with him. I got to find out what a team leader he was. He was a production manager, running the entire crew, and every morning, he would start out with a pep talk. I just had no idea.”

During the pandemic, Anne describes a deep sense of gratitude for having had the extra time to spend together. “I know that he knew this, but he is, and always will be, the love of my life. In a strange way, I'm grateful for quarantine because of the amount of time that we got to spend together in the last year and a half. In that time, we kept reminding each other how much we loved each other, and even when we're the angriest in the world at each other, I'm just so grateful that I had that kind of love and that love will never go away.”

When asked if there was anything about Greg she learned during quarantine that she didn’t know before, she fondly recalls, “It was pretty great because he never sang at home until quarantine because he and his friends have a little jam room and so all I would usually get at home was a little bit of acoustic guitar. But during quarantine, I got to hear him sing again.”

A man of deep compassion

When asked what Greg’s most notable characteristics were, Anne shares that ‘charitable’ doesn’t quite describe Greg’s level of compassion for others. “I like to think I'm charitable. I'm concerned about homelessness. But to him, it was truly a passion. He just couldn't get enough of trying to help anyone who had less than him. Having our studio downtown, homelessness is a thing that we have to face and deal with on a regular basis. And it is so tragic. Greg passed no judgment on whether the person was on drugs or had a mental illness – he just wanted to help people. There was one man in particular…he hadn't had shoes for almost a year. Greg found out it was because he wears a size 15 shoe, and he couldn't find any shoes his size. So Greg had been hunting around the Goodwill’s and finally, he found a pair online. Finding size 15 shoes is not easy!”

“He strongly believed in karma and doing good with money. In the last three months, he found a wallet with $400 and credit cards inside and got it back to its owner. He found a brand new Fender guitar that he returned. He said that [good deed] was difficult because he didn't have a better guitar than that one,” mused Anne.

A flair for fashion and big ideas

Greg also had his share of amusing idiosyncrasies and was known for his flair for fashion. “He really didn’t care what people thought. We both grew up very punk rock. He was in a punk rock band. So you know, dark colors, but lots of lots of accessories, hats, and he also wears glasses, even though he does not have a prescription. Just because it went with the look.” Friends confirm that Greg was always in a different pair of glasses or a hat or some accessory and that his fashion sense and his ability to laugh in the worst of times is one of aspect they remember most about him. Anne shares a laugh that he frequently wore two jackets at once, no matter what the weather was, and that it made for an ongoing joke to argue about the temperature during car rides.

Greg was also a big idea guy and would often keep Anne awake with a new invention idea. “It was at least three or four times a week. We would be in bed watching TV, getting close to falling asleep and he would have to pause the TV to tell me what his new invention was going to be. No matter what time it was. He had this constant desire to be in the Guinness Book of World Records. There was a gazillion [ideas].”

Greg was extremely proud of his son, Hunter Holland, his son from a previous relationship. “He was just so proud. They were two peas in a pod, a carbon copy. Hunter graduated a couple of years ago from UC Santa Barbara and got a degree in music, and then graduated in only three years. We were very impressed with that.” When asked what the most important thing he would want Hunter to know, Anne shares, “To just follow your dreams and follow your creative vision.”

Survived by his son, Hunter Holland, his parents, Jerry Clewlow and Linda Walker, his sister, Dana Clewlow-Bray, his dogs Gonzo and Muppy, and a score of beloved friends, we asked Anne what Greg might have to say at his Celebration of Life party. Anne doesn’t miss a beat.

“He’d say ‘Please stop being sad and let's turn up the music!’”

And, what music would he want to hear?

“Depending on the crowd that was there, it would either be some punk rock. Like maybe some Dag Nasty or for more of a mixed crowd, he would probably want some Frank Black or some Pixies.”

Indeed. Turn up the sound and let the music of a well-lived life, play on.

Services will be held in the form of a Memorial Exhibition of HEAD IN THE CLOUDS by Gregory Clewlow to be held on October 10, 2021, from 2 pm to 5 pm Central, at Arts Council of Southwestern Indiana, 212 Main St., Evansville.

HEAD IN THE CLOUDS by Gregory Clewlow is now available online at Sugar Press Art and will continue indefinitely. Chosen by friends, and curated by Anne Martin, his wife, and partner in SUGAR PRESS ART, and in life, HEAD IN THE CLOUDS is a celebration of Gregory Clewlow’s view of the world; a showing of 12 archival pigment prints, each a small run and printed in the way Clewlow envisioned. A humble, good man, Clewlow let photography speak to his philosophy and humanity. He quietly observed, supported, captured, and configured the life around him.

NO COMPLY will be the culmination of Gregory Clewlow’s vision to merge his favorite things: Art, friends, and skateboarding. All proceeds from HEAD IN THE CLOUDS will go towards producing the tribute exhibition, NO COMPLY, to be held June 2022 in West Hollywood, California.

Memorial donations can be made in Greg’s name to: http://www.gofundme.com/f/skatesunset